'Torture of Muslims in Myanmar must be prevented' - OPINION

'Torture of Muslims in Myanmar must be prevented' - OPINION Elkhan Shahinoghlu: It would be better to adopt a resolution at UN Security Council
1430 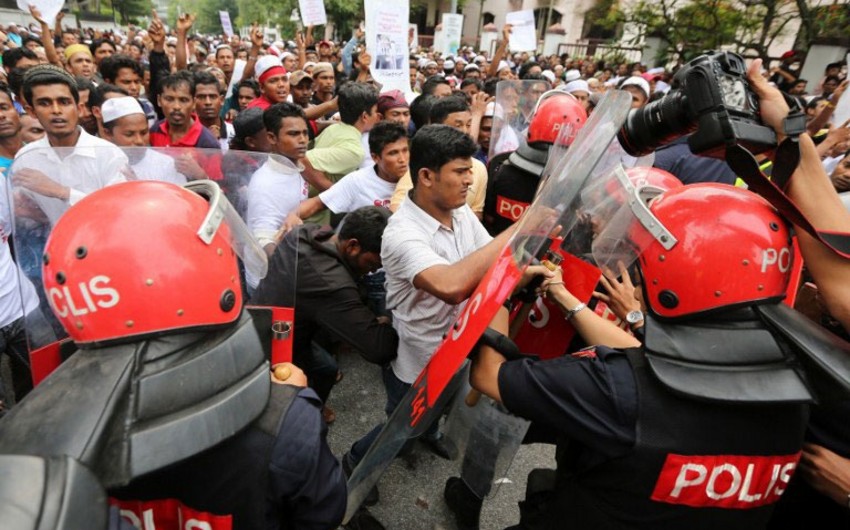 Baku. 6 September. REPORT.AZ/ "Myanmar events are regrettable. What's happening in Myanmar, far from the classical Islamic geography, should be regarded as a continuation of what has happened in the Middle East and in the Muslim world".

He said that identifying religious discrimination as one of the main trends in political processes is contrary to the humanitarian values promoted by international organizations so far: "The events in Arakan state of Myanmar must be evaluated in this context. What happens in the Middle East, also happens in Arakan. It is unacceptable to subject Muslims to forced migration and torture. These processes are being carried out cruelly. International and regional organizations that form their activities on human rights and humanitarian values must not be indifferent to this event. The relevant structures of the United Nations and member states of the Organization of Islamic Cooperation must take decisive steps to prevent occurrence

of such incidents in the twenty-first century that are shame on humanity. Committing murders by a conscious being in modern times cannot be appraised at all. It is not accepted by any religion either. What centers manage incidents in the Muslim world, there is no doubt that the same structures manage the events in Myanmar. Unfortunately, these are Islamophobic centers that define world politics. All this is unacceptable".

Head of "Atlas" Political Research Center Elkhan Shahinoghlu told Report that great states, international organizations do not comment on this issue: "It is true that several states, Turkey and Iran expressed their dissatisfaction. A million Muslims held a rally in Russia. But it would be better to adopt a resolution at the UN Security Council. Russian officials have always said that 20-30 million Muslims live in the country. If such number of Muslims live there, then their interests should be taken into account. It is necessary to impose sanctions

against Myanmar. But there is no idea about it. Because the state claims that there is a terrorist organization in the area, and terrorists attack the police stations. As if they are fighting against a terrorist organization. But they are killing Muslims under a guise of fighting terrorist organization, which caused resonance. If these actions are not adequately responded, they can continue in the future. Myanmar's President Aung San Suu Kyi was awarded the Nobel Peace Prize at the time, but she justifies genocide. It resembles USSR President Mikhail Gorbachev, who was also awarded the Nobel Peace Prize in the early 1990s and then committed the 20 January massacre in Baku. There is no solidarity in the Muslim world. No state protests except Iran and Russia. Maybe, they are dealing with their own problems. Troubles in the Islamic world prevent a common reaction".
Subscribe to our Linkedin page