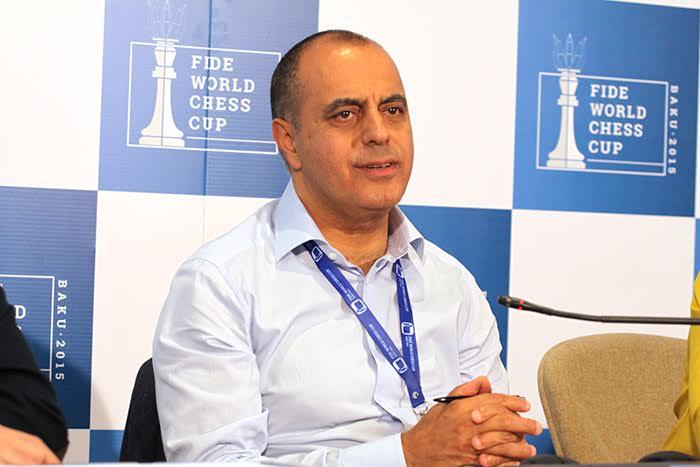 Baku. 25 July. REPORT.AZ/ 'We have repeatedly said, wrote and noted there is no problem regarding participation of Armenian national team in Baku World Chess Olympiad. But we read in the press that they do not want to participate'.

M.Mammadov stated that today International Chess Federation (FIDE) President Kirsan Ilyumzhinov contacted him as well as Minister of Youth and Sports Azad Rahimov regarding the issue: 'Ilyumzhinov told us that he had a conversation with Armenian side. Supposedly, Armenian Chess Federation President Serzh Sargsyan did not object the team's coming to Baku, leading chess player Levon Aronian also agreed, but other players were against it'.

According to the Operating Committee Head, in the conversation with Azerbaijani side, K.Ilyumzhinov stated progress in Israel's participation in the Olympiad with the first team: 'Currently, 179 teams from 176 countries confirmed to visit Baku. This is a record figure. If Armenia comes, number of participating countries will be 180. And FIDE has 189 members. Through the funds, transferred to the supreme chess organization, we create conditions for representation of the countries, which have no opportunities to participate in. We tried enough and took relevant steps for Armenia's participation in the Olympiad. If necessary, we will not deny our assistance. We will held high-level Olympiad with a record number of participants even if they will not come'.

Notably, Vice President of Armenian Chess Federation Smbat Lputyan stated that they will not took part in 42th World Chess Olympiad, which will be held Baku on September 1-14. He stressed that such a decision was taken after a conversation with the chess players.