Azerbaijani male volleyballers to have their historic game today 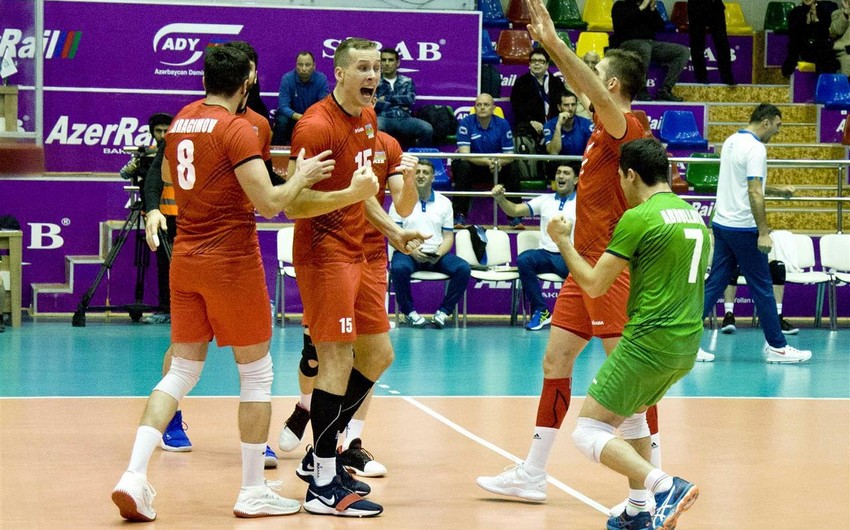 Report informs that headed by Farid Jalalov, the team will be a guest of Sweden. Before the sixth round in Group G, Azerbaijan finished second with 8 points and Sweden ranking third having 5 points. By the rules, five runners up get right to the final along with the first place holders in the seventh group.  Azerbaijan is currently the sixth team in the list of the second best.

The points will be equal if Sweden beats Azerbaijan 3:0 or 3:1 in the last round.

In this case, first of all, the number of victories will be counted. At present Jalalov's team has 3 victories while Scandinavians have only 1. This means that the last round will formal for Sweden. Even if Azerbaijan loses with a score of 2: 3, it can move up.

For this, five teams in the list - Macedonia, Finland, Montenegro, Austria (all 5 points) and Israel (4 points) should lose points in their last round matches.

If Azerbaijan qualifies for the final stage, it will be the first breakthrough in the history of the men's squad.