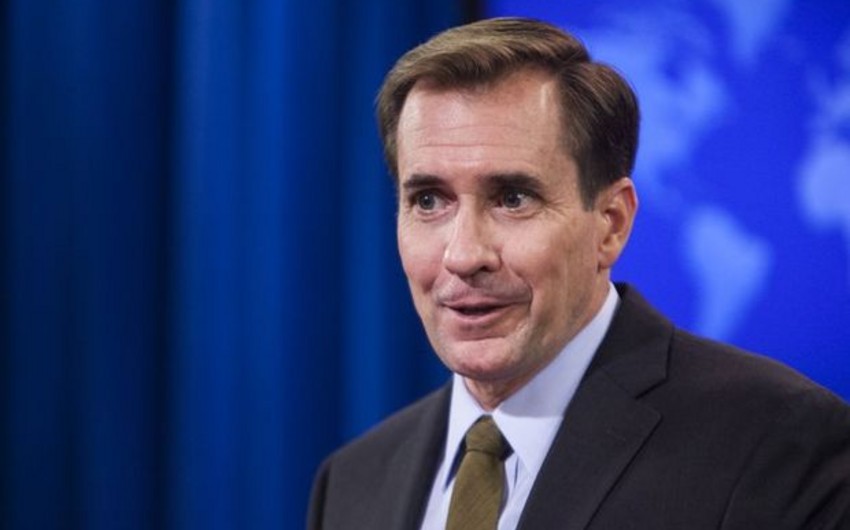 Baku. 15 October. REPORT.AZ/ "We will continue to support the YPG (People's Protection Units, the armed group PYD, is a Syrian wing of PKK). We are continuing negotiations with Turkey concerning the YPG, and we understand and respect the concern of Turkey in this matter."

Report informs citing the Turkish media, this was stated at a press conference in Washington, by the US State Department spokesman John Kirby.

"We must not forget that the fighting ISIS is important not only for the United States but also for more than 60 members of the coalition. I understand the attitude of Turkey in this issue. We will continue supporting groups actively fighting ISIS in Syria".

US State Department spokesman refused to comment on provision of 50 tons of weapons to terrorists. As far as I know, these weapons were dropped for Syrian Arabs fighting ISIS. However, you'd better give this question to the Pentagon."