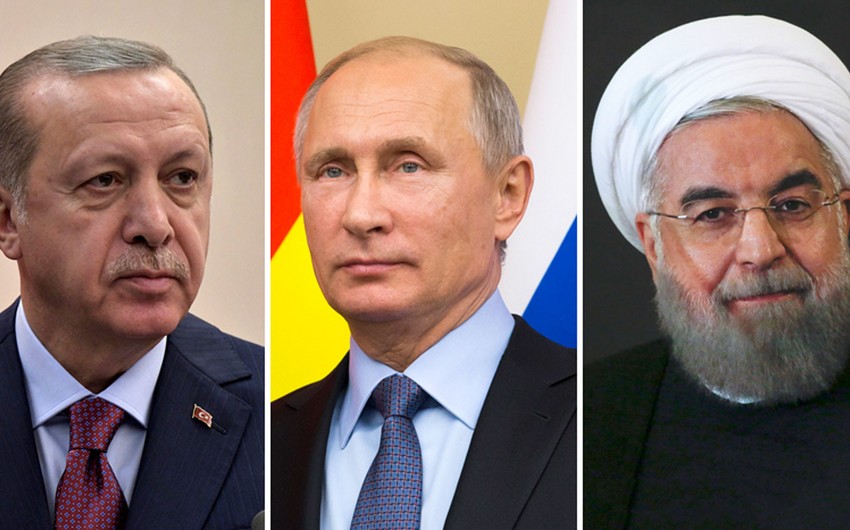 Baku. 7 March. REPORT.AZ/ The trilateral summit of Turkey-Russia-Iran will be held in Istanbul on April 4.

According to publication, on April 3, a meeting of the Cooperation Council will be held at the highest level, and on April 4 will start a summit of Turkey-Russia-Iran on Syria.

Notably, the press secretary of the Russian president Dmitry Peskov today confirmed the holding of the summit in early April.

Official representative of the Turkish Foreign Ministry (MFA) Hami Aksoy at a press conference in Ankara reported that the summit will be held in early April, but he did not say the exact date.