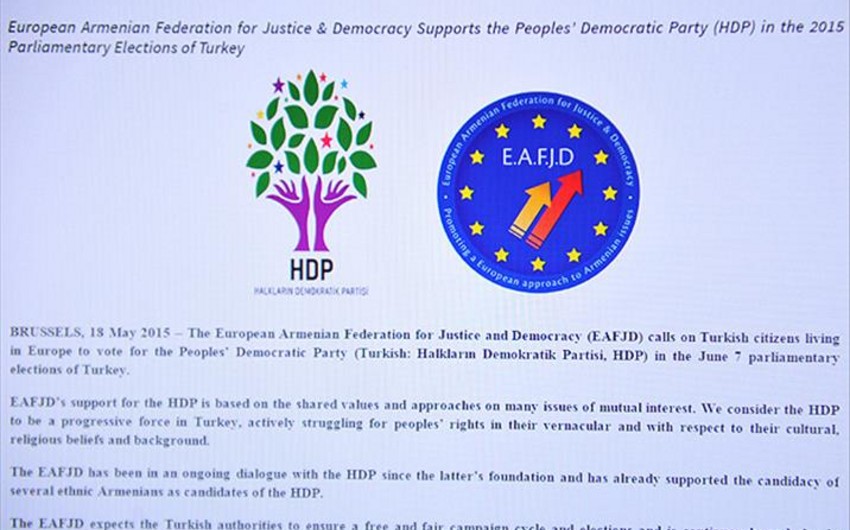 Baku. 22 October. REPORT.AZ/ "Vote for People's Democratic Party for the sake of justice and democracy"

The Federation addressing to Turkish citizens living in European countries, asking "For the sake of justice and democracy," to vote for People's Democratic Party at Parliament elections to be held on November 1.

Armenian organization made a statement similar to PDP during election held on June 7, 2015.

One of the leaders of PDP said during the election campaign that if they come to power, they will open the border between Turkey and Armenia, help Armenia " to escape from blockade, and recognize so-called "Armenian genocide" regarding the 1915 incidents which have been put forward by Armenians

In fact, PDP is also known as political spokesman of terrorist PKK.