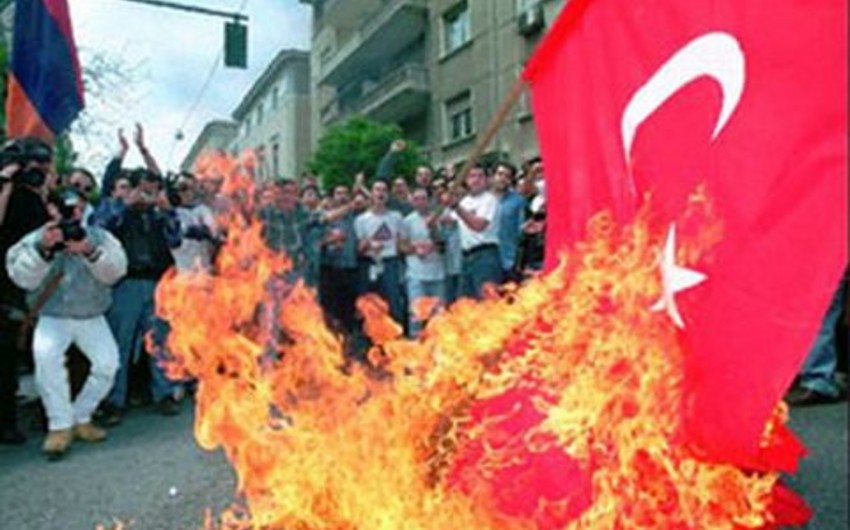 Baku. 25 March. REPORT.AZ/ ASALA continues to operate, but the armed struggle component is not used at this stage yet. Report informs referring to "ArmToday", it was stated by a member of ASALA, a participant of "Van" operation, Vazgen Sislyan said it at a press conference.

According to him, the main aim of the organization is " the return of ancestral Armenian lands occupied by Turkey and restore the territory of Armenia."

V.Sislyan noted that the goal has not be reached yet, however, ASALA will continue to operate in this regard.

In addition, a member of ASALA stressed that the international political processes of recent years may cause to the capture of the Turkish Embassy and murders of Turkish diplomats.

On September 24, 1981, the terrorist groups of ASALA captured the Turkish consulate in Paris within the framework of "Van" operation and took 56 people hostage for 15 hours and killed one of them.

In the period of 1970-1990, ASALA committed a number of terrorist acts against Turkish diplomats that caused to the death and injure of more than 100 different nationalities' citizens.