53 people suffer in Antalya wildfire - UPDATED A massive wildfire has been recorded in Turkey's Antalya. Report informs, citing TASS, that the TRT channel has disseminated footage showing the blaze crawl outside the city. 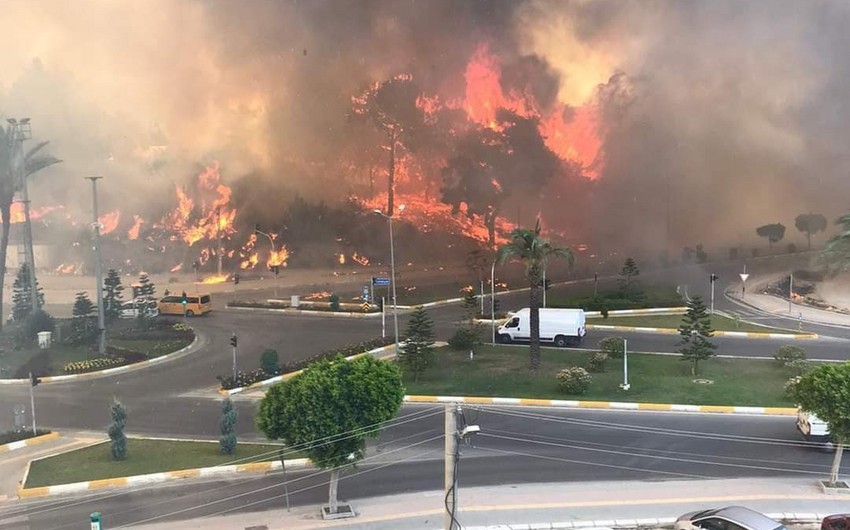 Turkey's Antalya has reported a massive wildfire. Report informs, citing TASS, that the TRT channel has disseminated footage showing the blaze crawl outside the city.

The intense heat in four areas in the nearby forest caused the fire, with the blaze spreading rapidly due to strong wind. The Antalya administration noted that it is the strongest wildfire they have ever seen.

More than 100 pieces of equipment, including two airplanes and 15 helicopters, are involved in extinguishing the fire. According to the TV channel, a decision to evacuate all people from the Manavgat Hospital was adopted due to the rapidly spreading blaze. Minister of Agriculture and Forestry Bekir Pakdemirli has left for the site.