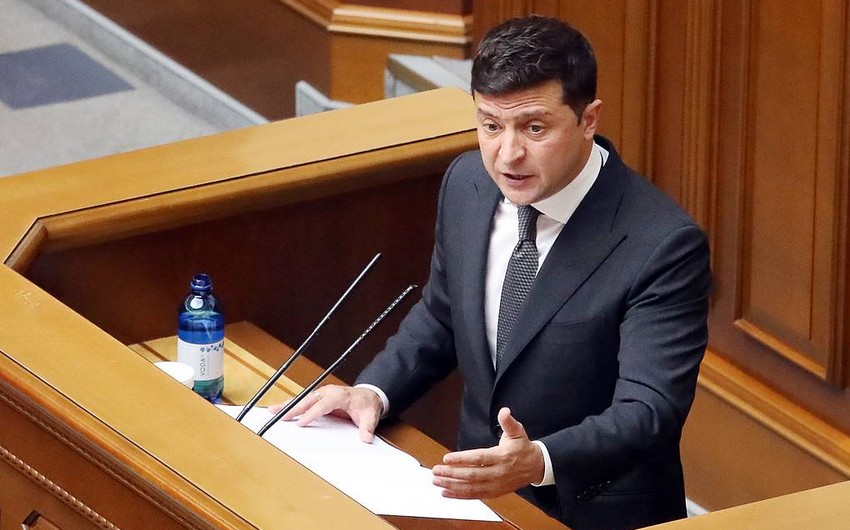 "Mr. Putin, I am ready to invite you to meet anywhere in Donbas where the war is going on," the Ukrainian leader said.

He noted that Kyiv is worried about the movement of Russian troops near the Ukrainian borders, adding that his country doesn’t want war, but is ready for it. At the same time, Ukraine will never stop fighting for peace through diplomatic means, Zelensky added.

"Our principle is simple: Ukraine doesn’t start a war first, but Ukraine always stands until the end," the head of state stressed.

At the same time, he said earlier that Kyiv is supported by international partners who are preparing tougher sanctions against Moscow due to the situation in the southeast of Ukraine.