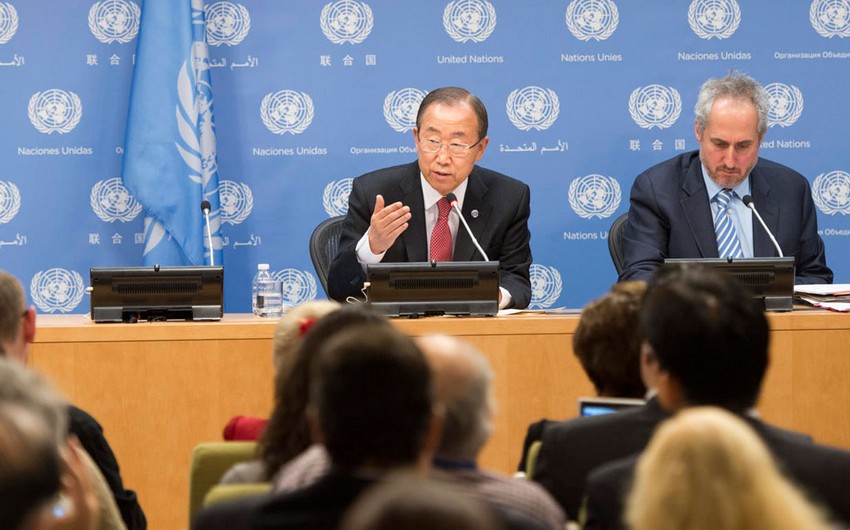 Baku. 19 February. REPORT.AZ/The UN Secretary General Ban Ki-moon arrives to Washington on February 19, where he is to attend the summit on combating extremism, Report informs citing the UN News Service.

During his speech to the participants of the summit, Ban Ki-moon intends to urge the states to ensure that the use of wide approach to the fight against terrorism and extremism. In this regard, he is going to stress the importance of the Global Counter-Terrorism Strategy.

This strategy was approved in 2006 by the UN General Assembly. It directs the state on prevention of the financing terrorists, depriving access of them to weapons of mass destruction, as well as the adoption of measures aimed at eliminating conditions maitaining terrorism.