UN calls on parties to conflict in Syria to respect international humanitarian law  The UN is "deeply concerned" about over increasing hostilities in northwestern Syria in recent months, Report informs, citing TRT World. 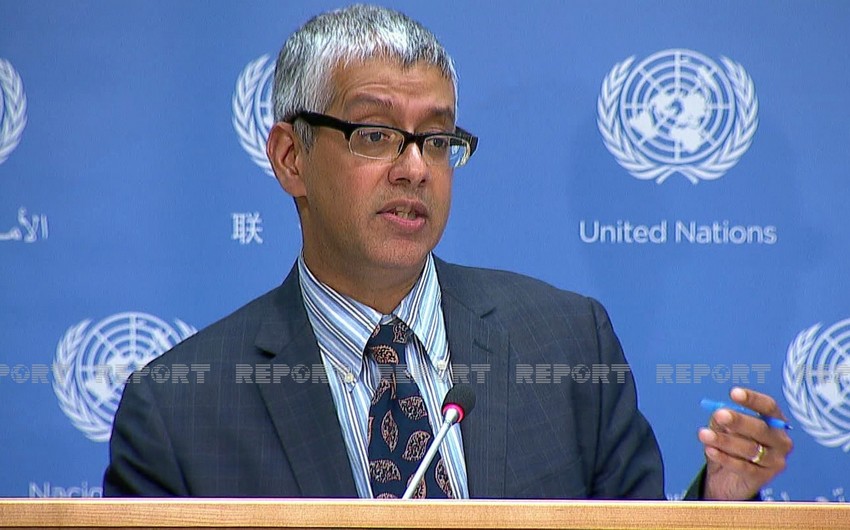 The UN is "deeply concerned" about over increasing hostilities in northwestern Syria in recent months, Report informs, citing TRT World.

Farhan Haq, a spokesman for UN Secretary-General Antonio Guterres, said at a news conference on Wednesday that hostilities are affecting civilians.

He said artillery shelling in Idlib left one civilian dead and four injured on Tuesday.

"Artillery shelling was also reported in other parts of Idlib and in Western Aleppo. Today, several civilian casualties have been reported following artillery shelling in Ariha town, south of the city of Idlib," said Haq.

The recent escalation is the most significant increase in hostilities in northwest Syria since a ceasefire agreement in March 2020.

"The UN condemns all violence in Syria. We remind all parties to the conflict to respect international humanitarian law, including the prohibition of indiscriminate attacks and the obligation to take all feasible precautions to avoid and minimize harm to civilians and civilian infrastructure," he added.