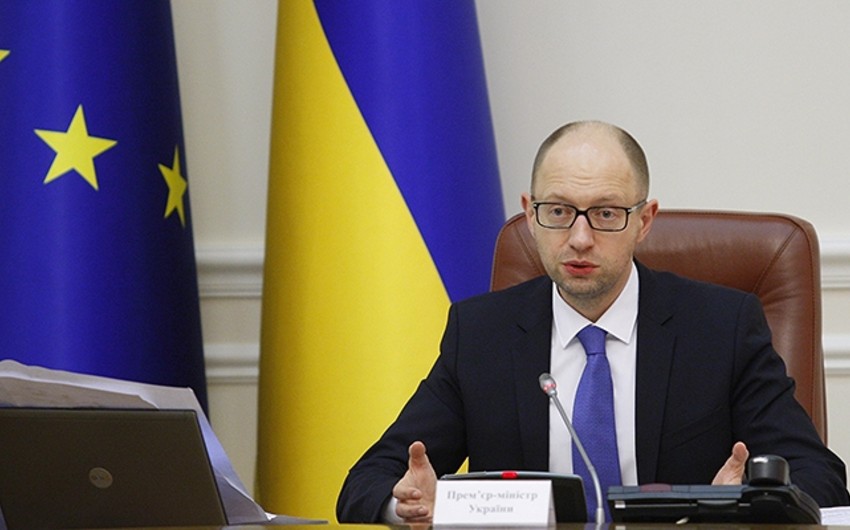 Baku. 11 April. REPORT.AZ/ Ukraine's embattled prime minister has announced he will resign, opening the way for the formation of a new government to end a drawn-out political crisis.

Report informs, in a televised address on Sunday, Arseniy Yatsenyuk said his resignation would be formally submitted to parliament on Tuesday.

"I took the decision to resign as prime minister of Ukraine," he said.

"On Tuesday, April 12, I will submit it to parliament.

"My decision is based on a several reasons - the political crisis in the government has been unleashed artificially, the desire to change one person has blinded politicians and paralysed their will to bring about real changes in the country."

Yatsenyuk's Cabinet survived a no-confidence vote in February, but two parties left the governing coalition to protest the failure to oust the prime minister, who is under fire over the worsening economy and slow pace of reforms.

The withdrawal deprived the coalition of its majority in the Ukrainian parliament.