Ukraine Announces Dec. 9 Truce The truce will begin Dec. 9 with the withdrawal of heavy weapons from the front line -- as long as separatists also honor the deal 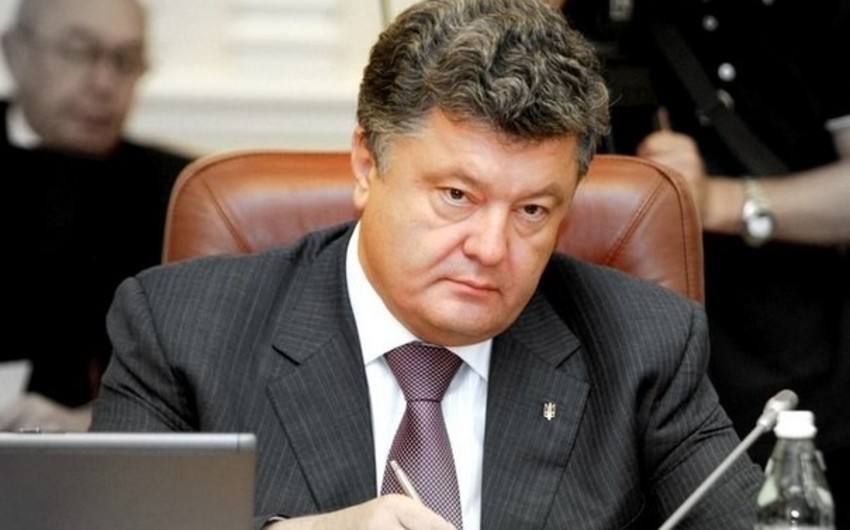 Baku. 5 December. REPORT.AZ/ Ukraine's President Petro Poroshenko has ordered a new cease-fire next week, as part of a push to end months of fighting with pro-Russian rebels near the Russian border.

Thursday's announcement said Ukraine troops will observe a day of silence Tuesday to usher in the truce. Russian and Western media quote rebel leaders as saying they will support the initiative.

The surprise announcement is the third such effort to end widespread fighting that erupted in April and has since claimed more than 4,300 lives. A highly touted truce deal announced Sept. 5 collapsed within days, while a cease-fire set to begin this week crumbled under artillery fire in the east within hours of being announced, informs Report citing Voicve of America.

The French news agency quotes a source close to Poroshenko as saying the truce will begin Dec. 9 with the withdrawal of heavy weapons from the front line -- as long as separatists also honor the deal.

Russia's Ria Novosti news agency quotes a rebel legislator in the self-proclaimed Donetsk People's Republic as confirming the deal. However, Andrei Purgin refused to speculate on whether it will hold.

There was no immediate comment on the announcement from Moscow, which has been repeatedly accused by the West of supporting the rebellion with arms and fighters. Reaction from the European Union and the United States also was muted.