Thousands rally at anti-Islam protest in Germany The organizers, Patriotic Europeans against the Islamization of the Occident, also invited participants to do some carol singing 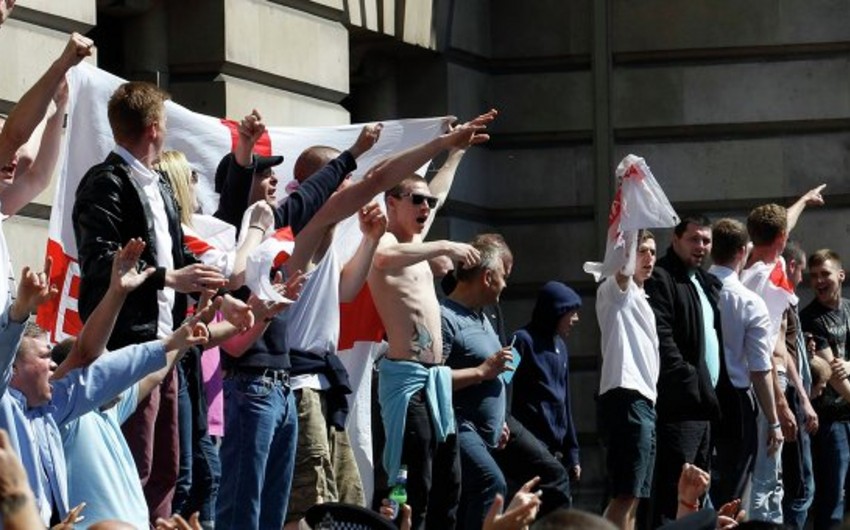 Baku. 23 December. REPORT.AZ/ At least 17,500 people took part in a protest against Islamization in Germany’s eastern city of Dresden, according to police. The Monday rally comes as the latest round of demonstrations organized by the rising far-right PEGIDA movement.

Thousands gathered by Dresden’s iconic opera house, the Semperoper, to demand stricter immigration rules. The organizers, Patriotic Europeans against the Islamization of the Occident (PEGIDA), also invited participants to do some carol singing.

Report informs, Ruptly’s video shows PEGIDA’s founder and leader Lutz Bachmann speaking at the event, stating that "Germany is no immigrant’s land" and demanding that those who wish to live in the country do so by adhering to a "culture based on the Christian-Jewish" values and "humanism."

The Monday demo marked PEGIDA’s largest protest so far. The ranks of the group have been swelling with each passing week since its first rally in October, which gathered just a few hundred people.

PEGIDA’s organizers have said that they are standing up against extremism and not against immigrants as such, but the rallies have spread concerns over a rising far-right movement in Germany.

The group’s supporters refer to themselves as “patriots,” who are worried about the “watering down” of Germany’s Christian culture and values.