The US presented presidency program for UN Security Council in September 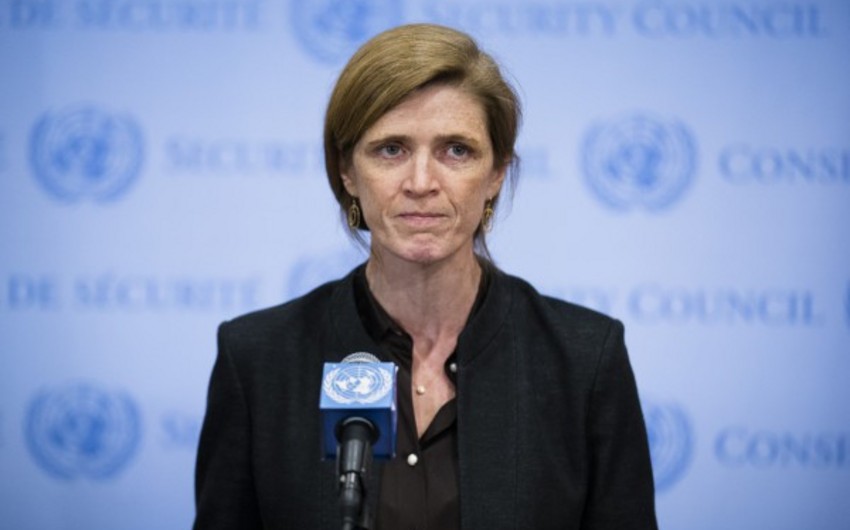 Baku. 4 September. REPORT.AZ/ During its tenure as President of the United Nations Security Council, the United States will convene a summit meeting on September 25 to focus international attention to the “growing and dangerous phenomenon” of foreign terrorist fighters, according to Ambassador Samantha Power, Report informs.

“U.S. President Barrack Obama will convene a Security Council summit to draw high-level international attention and action to the growing and dangerous phenomenon of foreign terrorist fighters,” said Samantha Power, the US Ambassador to the United Nations as she briefed reporters at UN Headquarters on her delegation’s programme of work during its month-long presidency in September.

The Council summit would be attended by Heads of State or Government, she said, explaining that the events over the last months, particularly the expansion of the Islamic State of Iraq and the Levant (ISIL) in Iraq and Syria, had driven home the need to discuss the issue, “including sadly yesterday,” S. Power noted, referring to the beheading of a second US journalist in recent weeks.

S. Power referred to the threats posed by foreign terrorist fighters who are returning home “often radicalized” and posing “the most profound kind” of threat to their fellow citizens.

“It will require a huge amount of work by the Member States of the United Nations to curb that flow” and to “take advantage of the capillaries of the international system” to outpace the foreign terrorist fighters,” she said.

The US Ambassador also headlined some of the key issues that were on the Security Council’s work plan, beginning tomorrow with a briefing on the destruction of chemical weapons in Syria and a humanitarian update on the situation in that country towards the end of the month.

Power also noted that the Council in September would hold an open debate on “children and armed conflict” based on the Secretary-General’s latest report, which includes 8 countries and 51 non-State actors as perpetrating violations against children, including, for the first time, Boko Haram.

She said the Council would also meet on Haiti to hear a Secretariat proposal for the reduction of troop levels there, as well as hear briefings on Afghanistan, Ukraine and Iraq.