Number of victims of aircraft crash in Indonesia reaches 38 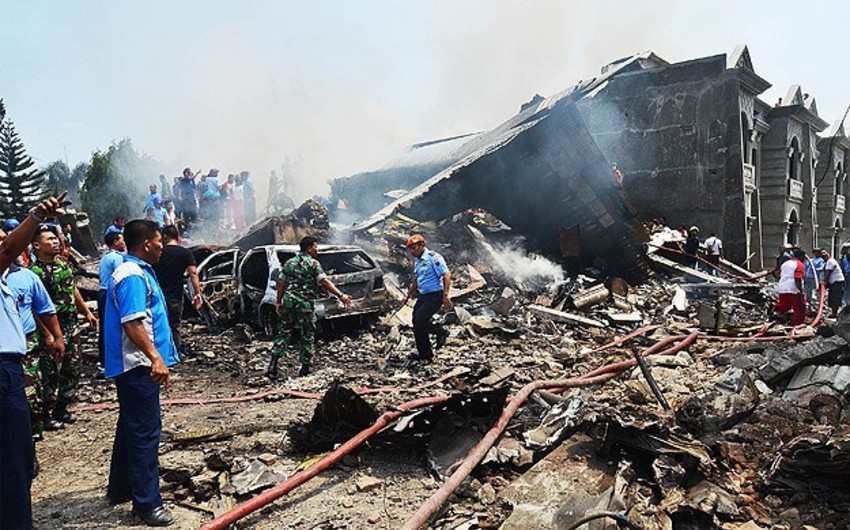 Baku. 30 June. REPORT.AZ/ The number of people suffered in the crash of the Indonesian military transport aircraft Hercules C-130, which fell to the hotel and residential areas in the north of the island of Sumatra in Medan city, has risen to 38. Report informs citing AFP, this was stated by representatives of the .

"We found 38 bodies, including one child", said a rescue team member of the Hospital Medan Eco Trianda. The representative of Medan hospital said there are still some victims left at the crash site.

Previously, was reported about 30 dead.