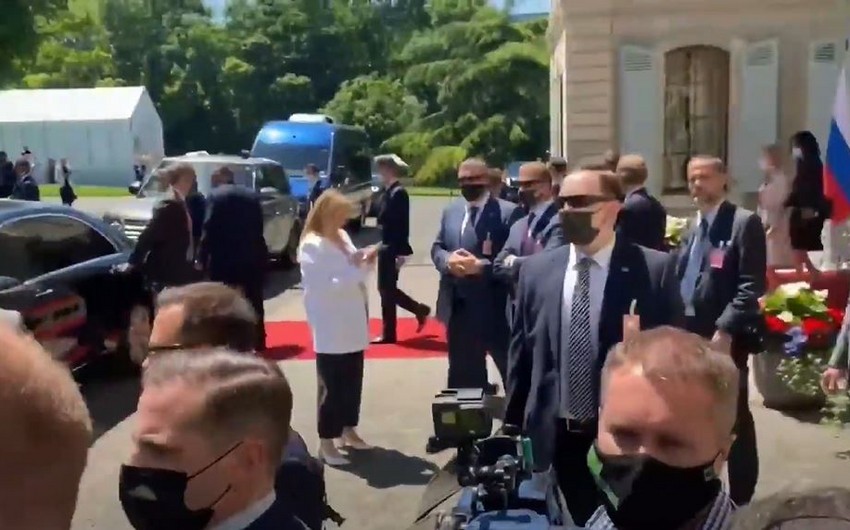 Some of the US reporters accompanying US President Joe Biden couldn’t arrive for the beginning of the meeting between Presidents Vladimir Putin and Joe Biden because of the crowd at the door of the negotiating room, Report informs referring to TASS.

CNN correspondent Kaitlan Collins told about the stampede on the air of CNN channel.

She said that it was planned that media representatives from both sides would be allowed to simultaneously enter the meeting room at the beginning of the meeting to take photos and listen to the opening remarks. However, when the security was permitted to enter the room, each media representative tried to get a better seat. This was especially true for photographers who did not want to give in to reporters. In the resulting pandemonium, not all US representatives managed to enter the hall. A CNN correspondent described the situation as chaos.

The stampede at the entrance lasted more than a quarter of an hour. As a result, only a few people from each side, a couple of camera operators and photographers, could get inside. In the end, it was decided not to let anyone else in, and those who went inside and captured the presidents returned to the street.

The protocol photo session with the opening statements was the only way for the press to get inside the Villa La Grange, where the negotiations are taking place. Further, the discussions continued in a closed format until their completion.