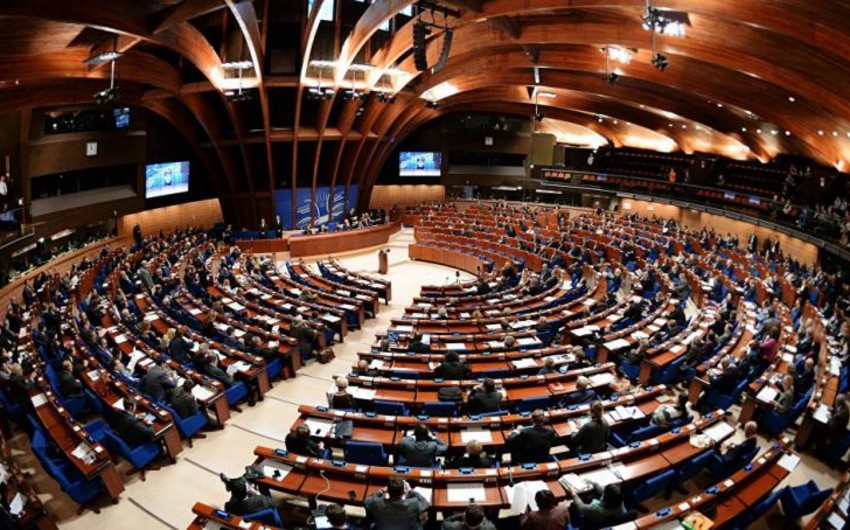 Strasbourg. 9 October. REPORT.AZ/ The autumn session of the Parliamentary Assembly of the Council of Europe (PACE) starts today in Strasbourg.

France bureau of Report News Agency informs, a delegation from Azerbaijan headed by Chairman of the Milli Majlis Committee on International Relations and Inter-Parliamentary Relations Samad Seyidov arrived in Strasbourg.

During the session, reports will be heard covering the last 3 months of the organization's activities and discussions to be held.

At the same time, on the first working day of the session, Assembly will elect a new chairman and vice-chairmen. In line with the Assembly’s Rules of Procedure, the President shall be elected by secret ballot.

During the session, the reports of the Belgian rapporteur Alain Destexhe "The steps taken to respect human rights during Azerbaijan's chairmanship in the Council of Europe" as well as the "Democratic Institute in Azerbaijan" by co-rapporteurs on Azerbaijan Stefan Schennak and Caesar Florin will be heard.

Within the autumn session, discussions will be held on "Observations during the parliamentary elections in Albania", "Confirming the unity of Europe, calling for a Council of Europe forum for the protection and development of democracy in Europe", "Protecting the achievements of the Council of Europe: preserving the 65-year successful intergovernmental cooperation "and reports on other topics.

The fall session will also focus on the issue of crimes against humanity committed by ISIS or investigation of possible genocides and their punishment.

The session will end on October 13.