Sergei Lavrov and Rex Tillerson meet in Moscow Rex Tillerson: It is important to keep open channels of communication 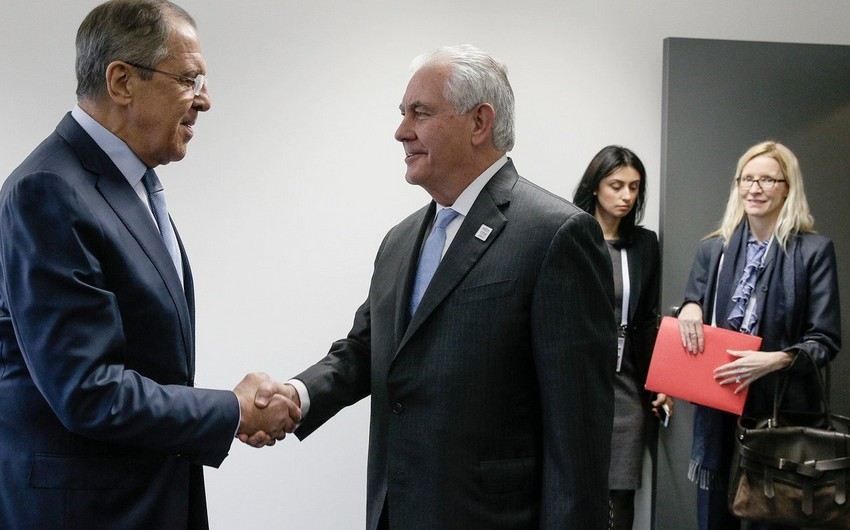 Report informs, at firs, the parties held a meeting closed to the press.

Then the heads of foreign ministries held an expanded meeting.

During the meetingç S. Lavrov noted that the meeting was lucky coincidence in terms of cooperation in Syrian issue and the creation of the anti-terror front. He said Moscow considers it fundamentally important to prevent the US from attacking Syria in the future.

Tillerson in turn, recalled his previous meetings with S. Lavrov and telephone conversations, stressing the importance of ensuring that channels for communication remained open.

Notably, this is the first visit of Tillerson to Moscow.