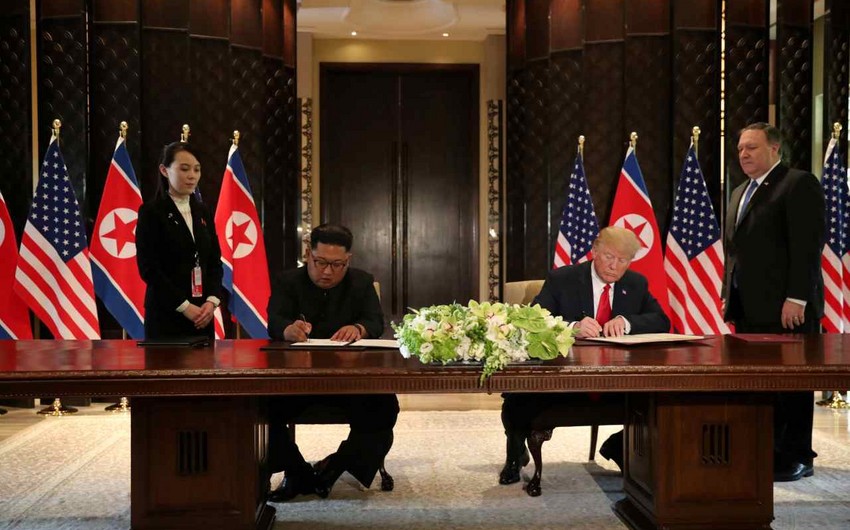 Baku. 12 June. REPORT.AZ/ Following the meeting with US President Donald Trump, the leader of the Democratic People's Republic of Korea, Kim Jong UN signed the final document with a pencil not offered by the US side, but with his sister's gift, Report informs citing the RIA "Novosti".

While before the ceremony, folders for signing and the two identical pencils with Donald Trump’s name were put on the table, DPRK leader’s security guard with white glove opened the pen and wiped it with a napkin.

But before signing his sister approached the DPRK leader and gave him feathered pencil. Kim Jong UN signed the final document with that pen.