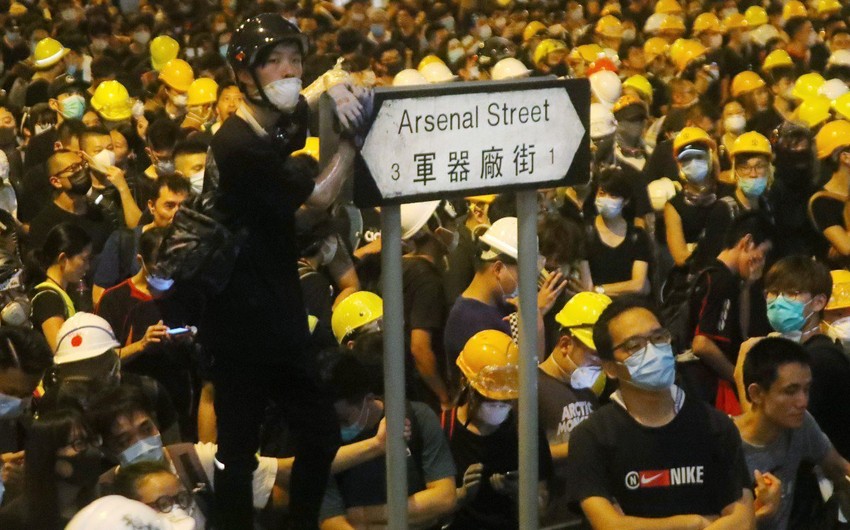 The South China Morning Post writes that a group of 25 pan-democrats appealed against a special law on emergency measures, which was developed back in British colonial times in 1922. It empowers the Chief Executive of Hong Kong to take whatever action he sees fit in the event of emergencies posing a threat to society. Within the framework of this law, a ban on wearing masks was introduced. Dissenting lawmakers said the ban limits fundamental human rights and extends beyond demonstrators. The court ruled that use of emergency legislation for mask ban ‘incompatible with the Basic (Constitution)" of the special administrative region of China.

Notably, Hong Kong authorities imposed a ban on wearing masks during demonstrations and public events on October 4. The innovation was designed to reduce the intensity of public unrest in the metropolis.

Yesterday radical anti-government demonstrators in Hong Kong set fire to the bridge near the campus of the Political University.