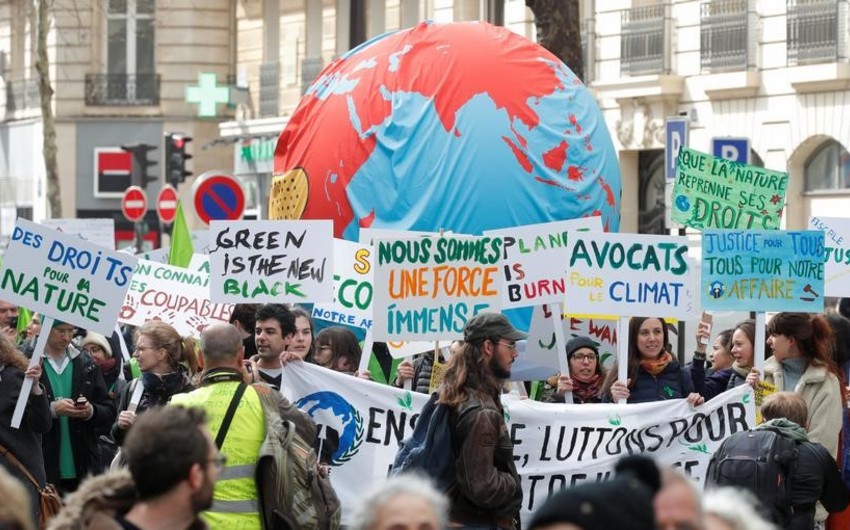 A group of environmental activists staged a protest on the airfield at Le Bourget airport north of Paris, Report informs, citing TASS.

The local media posted a video showing the activists entering the territory in front of the hangars with private jets in white protective overalls and masks, breaking a section of the fence. In front of the hangars, they placed the figures of French President Emmanuel Macron, a character with a thick gray mustache from the Monopoly board game, and images of animals on fire.

Activists condemn the involvement of millionaires in environmental pollution and global warming, the portal notes. They also protested against the use of private jets.