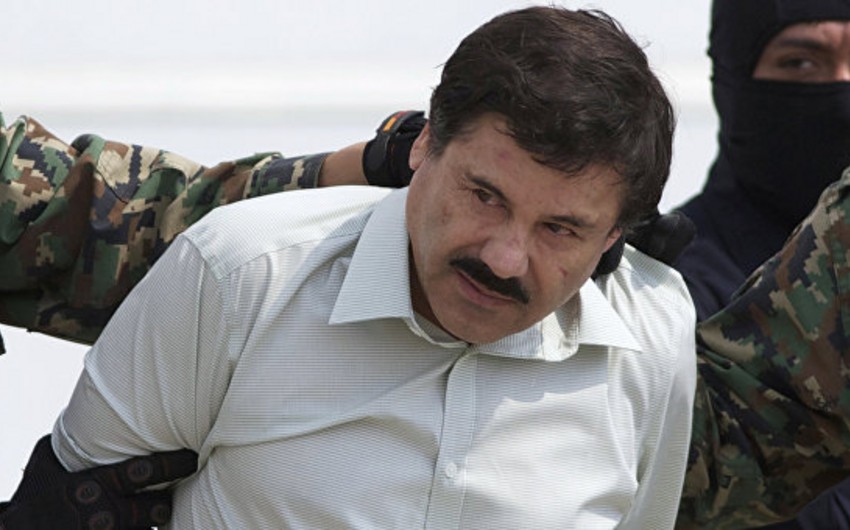 Baku. 9 January. REPORT.AZ/ Captured Mexican drug lord Joaquin "El Chapo" Guzman is being taken back to the maximum-security prison from where he escaped six months ago, Report informs citing the BBC.

He was paraded before cameras as he was bundled into a marines helicopter to Altiplano prison in central Mexico.

He escaped from there in July through a tunnel dug in the showers.

Guzman was arrested in the city of Los Mochis in his home state of Sinaloa - which he had come to dominate through the drugs cartel he led.

During an early-morning raid on Friday, he managed to flee through a drain but was later caught by marines amid a shootout.

Six people, including one marine, are reported to have been killed.

Mexican President Enrique Pena Nieto described Guzman's arrest as a "victory for the rule of law".