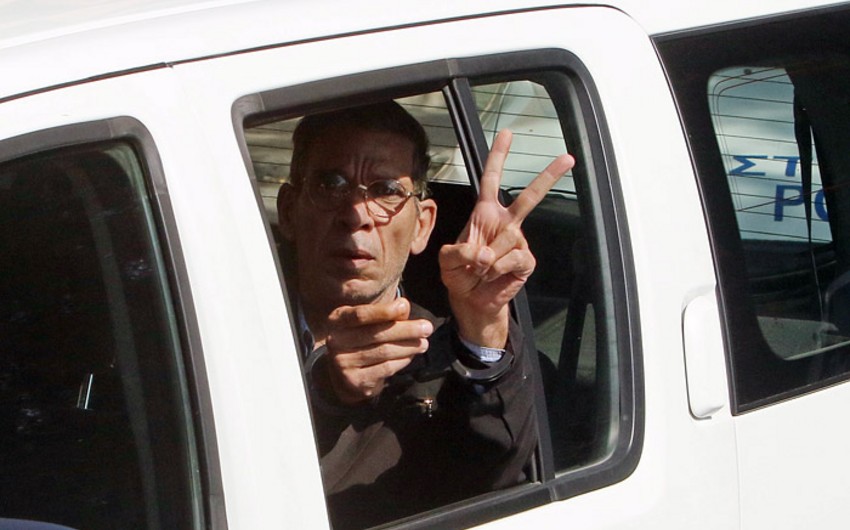 Baku. 30 March. REPORT.AZ/ The plane hijacker who threatened to blow up an EgyptAir flight asked police: "What's someone supposed to do when he hasn't seen his wife and children in 24 years?"

Report informs citing the CyprusMail, Seif Eddin Mustafa, 59, appeared in court in Cyprus on Wednesday to face a raft of charges after sparking a dramatic stand-off on the tarmac at Larnaca airport.

The Cypriot court ordered Mustafa to be detained for eight days as he faces charges including hijacking, illegal possession of explosives, kidnapping and threats to commit violence.

Police prosecutor Andreas Lambrianou said the suspect told police: "What's someone supposed to do when he hasn't seen his wife and children in 24 years and the Egyptian government won't let him?"

Cypriot officials described him as "psychologically unstable" following a bizarre set of demands he made to police negotiators, including what Mr Lambrianou said was a letter he wanted delivered to his Cypriot ex-wife in which he demanded the release of 63 dissident women imprisoned in Egypt.

Tuesday's hostage drama ended peacefully when police arrested the suspect after all 72 passengers and crew on board the Airbus A320 aircraft were released.