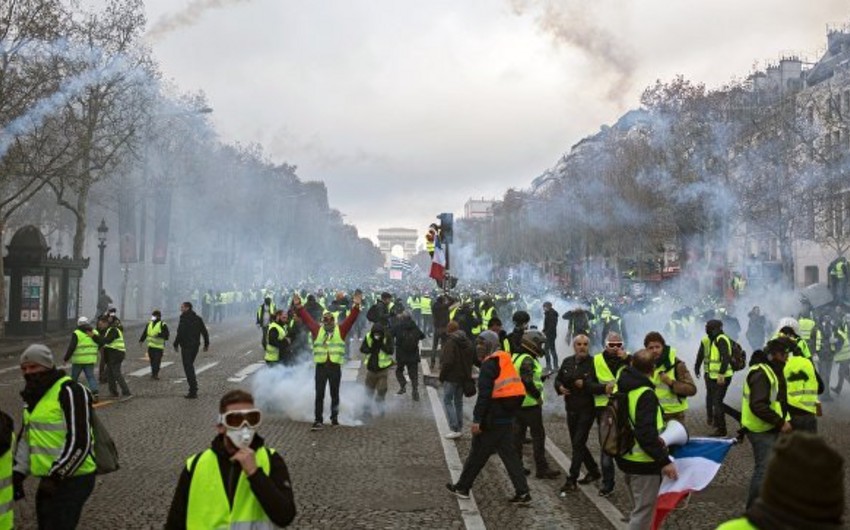 Baku. 3 December. REPORT.AZ/ According to preliminary estimates, damage after the "yellow vests" riot which took place in Paris on 1 December, has topped 3 million euro.

Report informs citing the TASS that the due information has been disseminated by BFM TV channel referring to the mayor's office of the French capital.

"At present, the amount of damage made from €3 to €4 million," the channel quotes the city hall representative as saying.

Earlier, the Minister of Economy and Finance of France Bruno Le Maire noted that the demonstrations had a serious impact on the French economy.

There have been mass protests against the increase in the price of motor fuel in France since November 17, with participants of the actions wearing yellow reflective vests for motorists.

Notably, 133 people, including 23 police officers were injured as a result of protests, which grew into street riots on December 1.