Chile flood: number of victims in northern up to 12

Chile flood: number of victims in northern up to 12 Chilean President doesn't not exclude the increasing of this number
2444 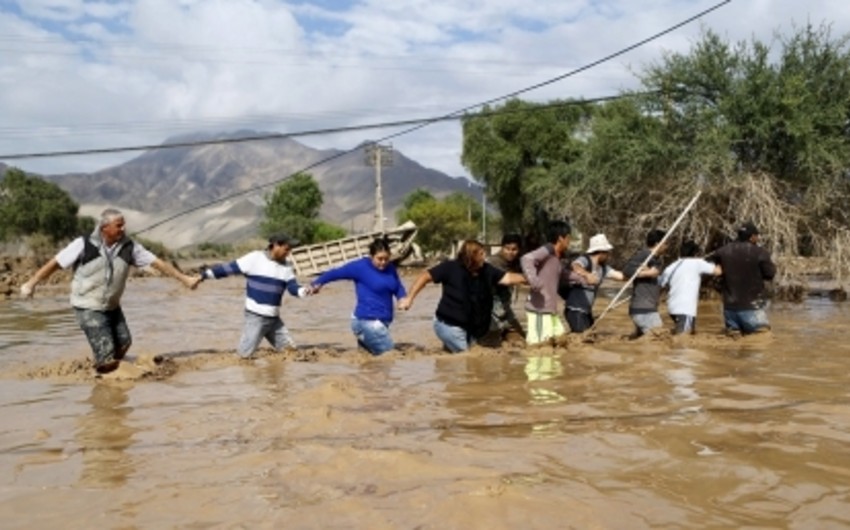 Baku. 29 March. REPORT.AZ/ The number of people died in flood in the north of Chile reached 12 people, 20 more appear missing. Report informs citing Tass, this was stated by the Minister of Internal Affairs of Chile Rodrigo Penyaililo.

According to him, almost 5,000 people were affected by the flood. Heavy rains continued for a week, led to the flooding of rivers and settlements in the administrative regions of Antofagasta, Atacama and Coquimbo. The unprecedented amount of precipitation fell in the driest desert of the world - Atacama.

After the next meeting of the Cabinet of Ministers, President of Chile Michelle Bachelet promised to provide comprehensive assistance to flood victims. The head of state does not exclude that the number of affected people may increase.