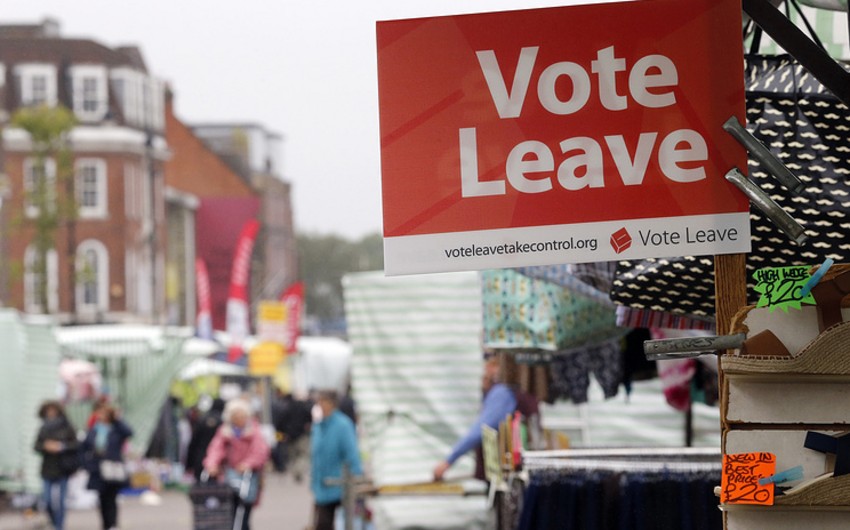 Baku. 24 June. REPORT.AZ/ The UK has voted by 52% to 48% to leave the European Union after 43 years in an historic referendum, Report informs BBC says.

'London and Scotland voted strongly to stay in the EU but the remain vote has been undermined by poor results in the north of England.

The pound fell to its lowest level against the dollar since 1985 as the markets reacted to the results.

The referendum turnout was 71.8% - with more than 30 million people voting - the highest turnout at a UK election since 1992.

Wales and the majority of England outside London voted in large numbers for Brexit', the BBC says.

'The UK has voted to leave the European Union in the historic referendum, official results show', the Sky News writes.