Ban Ki-moon: All those response for MH17 crash must be held accountable for their actions

Ban Ki-moon: All those response for MH17 crash must be held accountable for their actions Boeing 777 of the Malaysia Airlines (MH17) en route from Amsterdam to Kuala Lumpur crashed on July 17, 2014 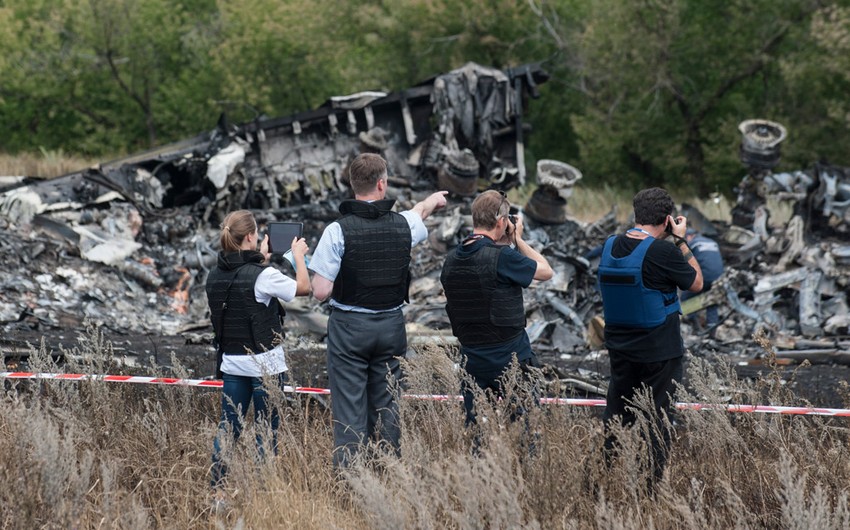 Baku. 18 July. REPORT.AZ/ t’s necessary to pay homage to the victims of the Malaysia Airlines Flight 17 crash in Ukraine in July 2014, to ascertain the truth and ensure that all those response are brought to account, UN Secretary-General Ban Ki-moon said on Friday on the occasion of the anniversary of the tragedy, Report informs citing UN press service.

"While the pain caused by this tragedy cannot be erased, the victims must be honoured by a collective effort to ascertain the truth about the incident and ensure that any persons determined responsible will be held to account," says a statement released by the Secretary General’s office.

He also welcomed "the progress made by the independent international investigation in accordance with Security Council Resolution 2166."

According to Ban Ki-moon, "this anniversary is another stark reminder of the continuing dire situation in eastern Ukraine and the need to bring an urgent end to this conflict."

Currently, a draft resolution on establishing the tribunal for the prosecution of those responsible for the tragedy is under consideration at the UN Security Council.