Astana starts meeting of Russia, Iran and Turkey FMs over Syria They are expected to adopt a joint statement 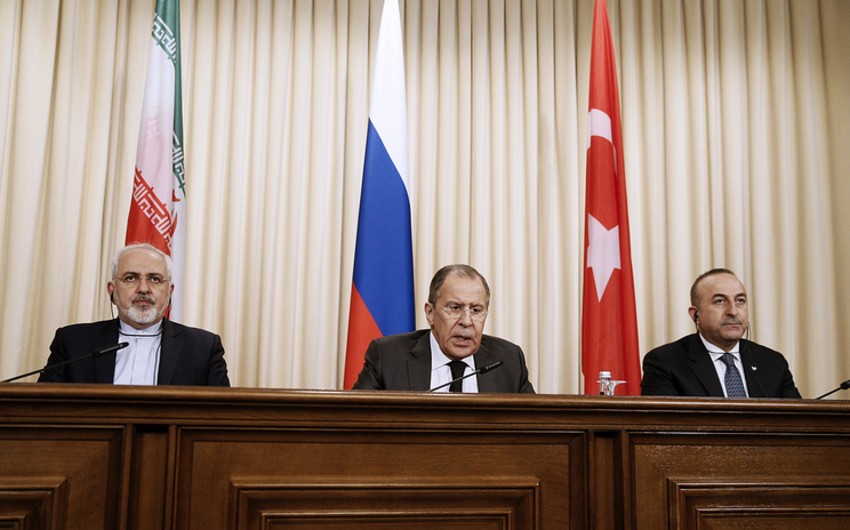 Baku. 16 March. REPORT.AZ/ The meeting of the Foreign Ministers of Russia, Iran and Turkey - Sergei Lavrov, Mohammad Javad Zarif and Mevlüt Çavuşoğlu on settlement of the crisis in Syria have today started in Astana.

Within the framework of the meeting, participants plan to analyze the results achieved during the first year of cooperation on the settlement of the situation in Syria, review the situation "on the ground", as well as the successes and difficulties of the de-escalation process. In addition, the ministers will outline further joint actions.

It is expected that following the results of the meeting, the foreign ministers of Russia, Iran and Turkey will adopt a joint statement, including the dates for a new, ninth round of talks on the Astana platform between the government and the opposition.

According to the source, preliminary round can take place in mid-May.