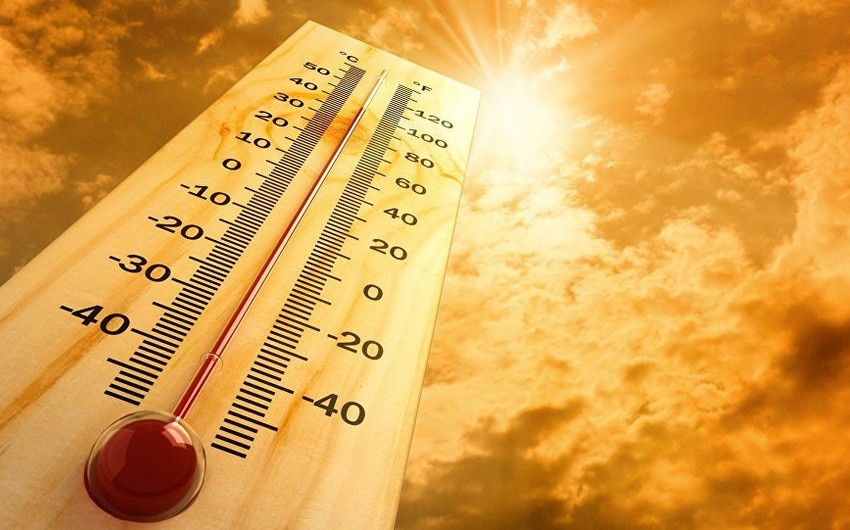 "A very intense heat peak is currently affecting the country...Temperatures broke records yesterday, notably in the south-west with up to 41.9 degrees Celsius in Socoa," the national meteorological service said.

"Today, temperatures have cooled significantly on the Atlantic coast, but will reach very high values over most countries," it added.

A hot spell is engulfing the northern, central, and southwestern parts of the country where the mercury will reach 40 degrees, Meteo France predicted.
People are recommended to avoid physical efforts, keep cool, and drink at least 1.5 liters of water a day to reduce the risk of heatstroke.

Meteo France also issued a warning for violent storms that could cause significant local damage, placing these regions on "orange" alert -- the second-highest warning level and urging residents to be vigilant.

Last year, unseasonably hot weather brought record-breaking temperatures to most French regions to up to 43 degrees in late June and July, forcing the government to activate a level-three heatwave action plan. "Cool rooms" were set up in municipal buildings, pools opened for late-night swimming, and garden parks stayed open by nightfall to help people cool off.
France, where temperature average stands at 19.9 degrees for the June-August period, is witnessing more intense and more frequent heatwaves due to climate change.

According to French climate scientists, the heatwave's frequencies would double by 2050 unless concrete and urgent acts are taken to fight global warming.