Construction of Haji Javad mosque completed, finishing works are underway PHOTO REPORT The remaining works will be completed and the mosque will be handed over by the end of March 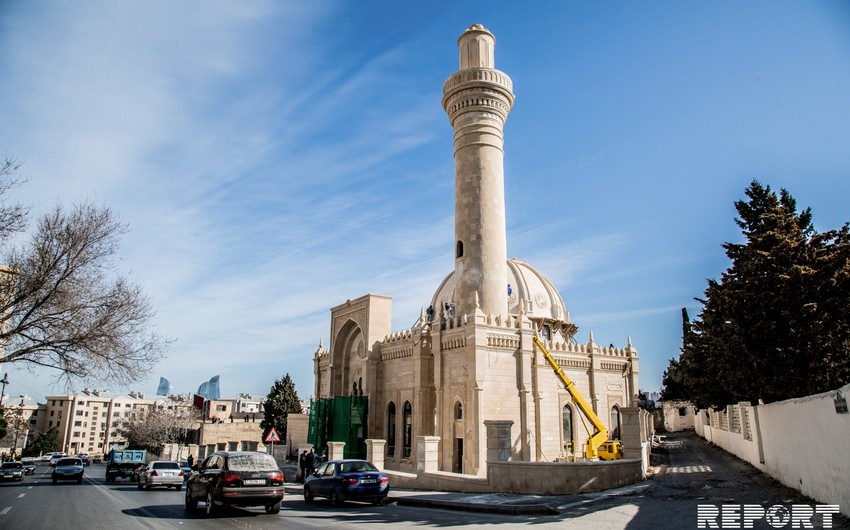 Baku. 28 March. REPORT.AZ/ The construction of the Haji Javad mosque is being completed on the territory of the Yasamal district of Baku.

Report informs, finishing works are being carried out at the Sharifzade street. The remaining works will be completed and the mosque will be handed over by the end of March

The Haji Javad Mosque, built in accordance with the instructions of President Ilham Aliyev, has one dome and one minaret, whose height is 29 meters and 80 centimeters. The height of the mosque is 18 meters.

Unlike the old mosque, the new mosque has a building of administration. The mosque was built on the territory of 14 Ares; the area of the complex is 400 square meters. 550-600 people can pray here at the same time. The first floor is for men, the second floor for women.