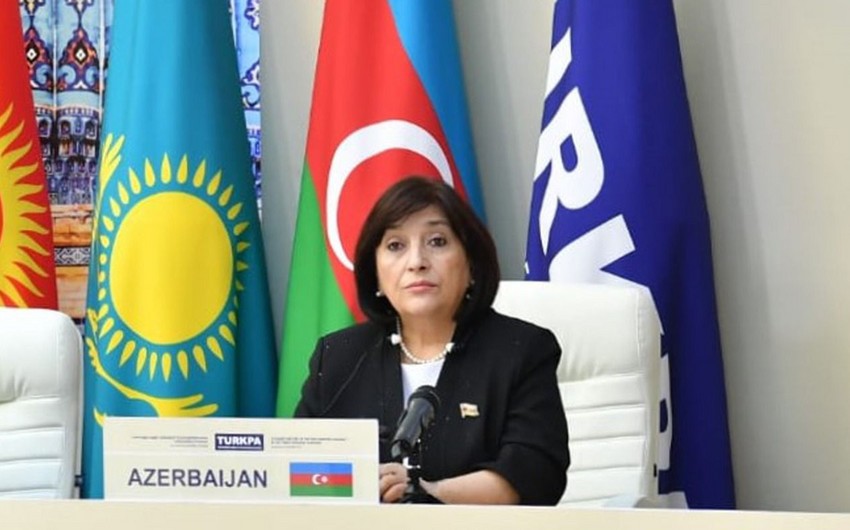 The opening of the Zangazur corridor will make a significant contribution to the transit and trade potential of the Turkic world, Azerbaijani Parliament Speaker Sahiba Gafarova said at a press conference following the 10th plenary session of the TurkPA held in Kazakhstan’s Turkestan city, Report informs referring to the press service of the Azerbaijani parliament.

Speaking about the meeting, Gafarova noted that all the issues on the agenda were discussed in detail, and appropriate instructions were given. At the end of the event, the Turkestan Declaration was adopted.

She said that the declaration included many issues related to the Turkic world, including restoring Azerbaijan’s territorial integrity.

The Azerbaijani parliament speaker expressed confidence that the decisions made at the session will serve the well-being of the Turkic countries and further strengthen interstate relations. 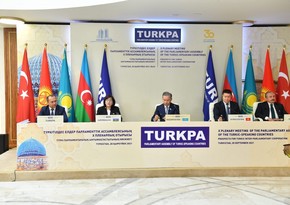 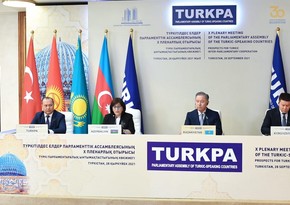