Azerbaijani MP: France biased, unable to fulfill its obligations as co-chair of Minsk Group The trilateral declaration signed by the leaders of Azerbaijan, Russia, and Armenia on November 10 last year opened new opportunities for peace and cooperation in the region by ending the war. 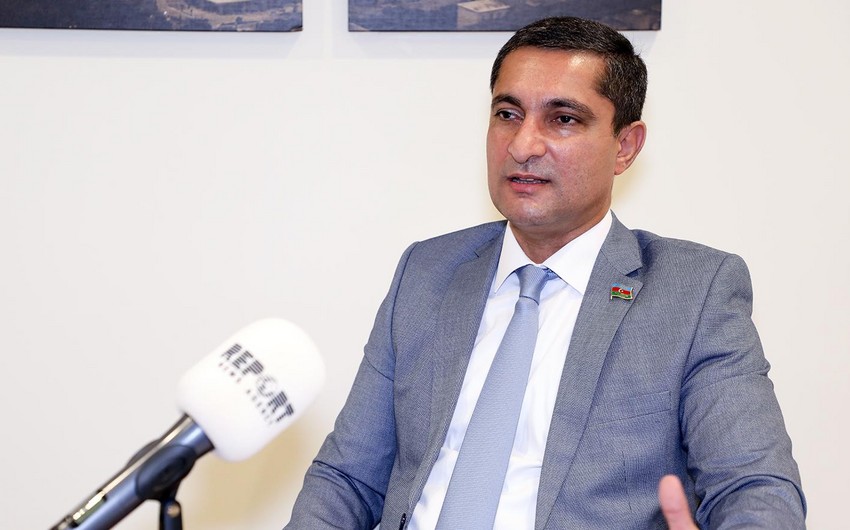 "The trilateral declaration signed by the leaders of Azerbaijan, Russia, and Armenia on November 10 last year opened new opportunities for peace and cooperation in the region by ending the war. The Nagorno-Karabakh conflict is over, and there is a historic opportunity to start a new phase. Unfortunately, some states are trying to obstruct this landmark opportunity through actions that do not fit into any common sense," MP Soltan Mammadov said at today's plenary session of the parliament, Report informs.

According to him, the reception of representatives of the separatist regime in Azerbaijani lands, where Russian peacekeepers are temporarily stationed, at the level of the leader of the Republican faction in the French Senate, mayor of Valence, and officials of the Grenoble region of Auvergne-Rhône-Alpes is a manifestation of the inability to properly assess new realities in the South Caucasus:

"The steps taken by local government officials in the field of foreign policy are contrary to French law. The position of France, the co-chair of the OSCE Minsk Group, during the Patriotic war, after the war, and today has raised legitimate questions in Azerbaijani society and government. We still have not received answers to these questions. Both chambers of the French parliament have passed resolutions that are biased and contrary to international law. Throughout the occupation of Azerbaijani lands, various cities and regions of France signed 28 illegal "documents" with the occupied territories. As a result of the activities of our embassy, 11 of them were annulled by court decisions, and two were sued."

He recalled that Azerbaijan had restored its territorial integrity as a result of the 44-day war: "At this stage, the activities of the OSCE Minsk Group should only serve to achieve peace between Azerbaijan and Armenia. It would be more correct for some French government agencies to study the impressions of the French ambassador's visit to the liberated Agdam yesterday rather than take such biased steps."

He said that during the recent participation in events dedicated to Azerbaijan's Victory Day in France together with French MPs friendly to Azerbaijan, they were informed that an event on the anniversary of the adoption of the biased resolution over "The need to recognize the Nagorno-Karabakh Republic" will be held in the French Senate on November 23 under the auspices of the Senate President and with the participation of the Armenian parliamentary delegation:

"This shows once again how biased France's attitude is and how it has failed to fulfill its obligations as a co-chair of the Minsk Group," he said.