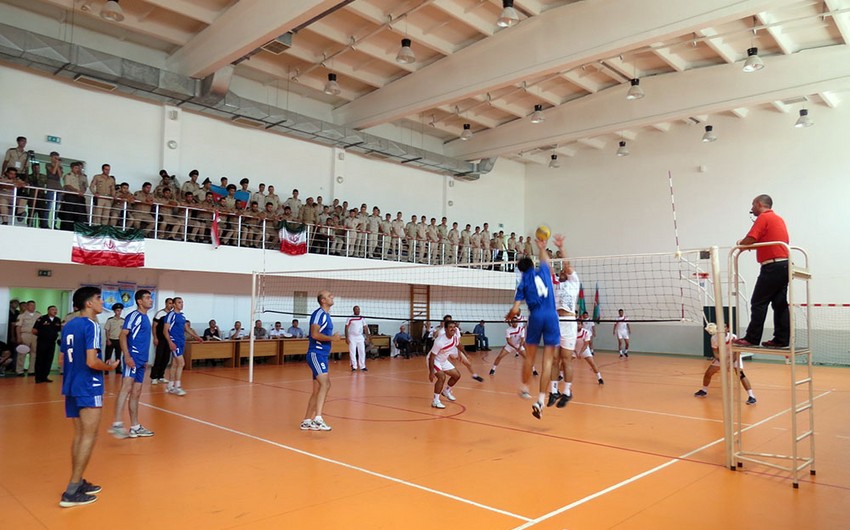 Baku. 7 August. REPORT.AZ/ The crews of the "G-124" patrol ship of the Azerbaijani Naval Forces, the small missile ship "Grad Sviyazhsk" of the Russian Navy, the missile boat "Joshan" of the Iranian Naval Forces and the rocket-artillery ship "Sariarka" of the Naval Forces of Kazakhstan, participating in the "Sea Cup-2017" contest, held today Friendly match on volleyball.

The games organized on the sports ground of the Azerbaijan Higher Military School named after Heydar Aliyev, were held on the Olympic system.
Iranian military sailors succeeded in the first match held with the Russian team.

The Azerbaijani team won the match held with Kazakhstan.

In a tense final match, the Azerbaijani team defeated the Iranian team.

After the competition was over, the winners were awarded medals, diplomas and a cup. 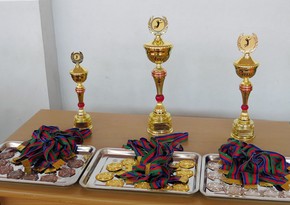 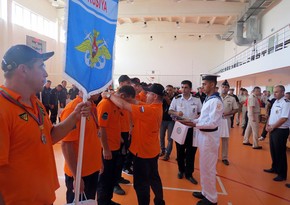 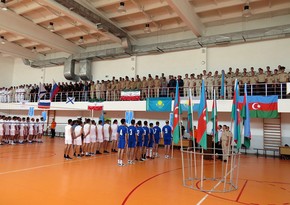 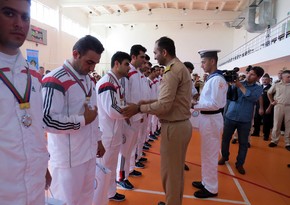 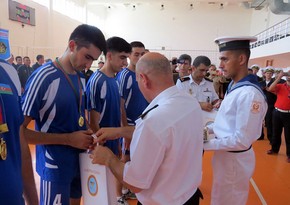