Report was told in the press service of the Azerbaijani Ministry of Defense.

Representatives of Azerbaijani Armed Forces will take part in the "Caspian Sea Cup - 2016" and "Tank biathlon - 2016" to be held within the framework of the competitions.

Sending ceremony of the 2 guard and 1 rescue tow truck of the Azerbaijan's Naval Forces, as well as their crew, who will participate in the international competition "Caspian Sea Cup - 2016" was held on July 21.

Within the framework of the competition, the navy sailors will have meetings, mass cultural and other events with the crews of the ships of countries participating in the competition. 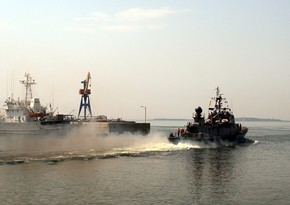