​Military schools of Azerbaijan and the US discussed cooperation

​Military schools of Azerbaijan and the US discussed cooperation Colonel Raizi Ismaylov: "Our relations with the US military universities strenghten" 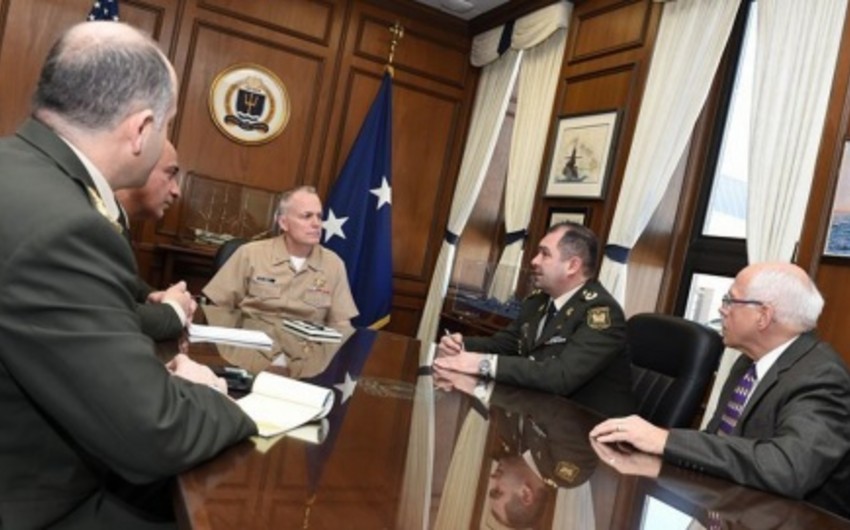 Report informs citing US media, the purpose of the visit was exchanging experiences in the field of military education.

Tom Fedyszyn, professor of National Security Affairs and NWC academic lead for the five years of the program, has visited the AAFWC in Baku, Azerbaijan, and sees many improvements to the AAFWC.“I would characterize the difference as night and day,” he said “When they asked NATO for help in developing their war college, I volunteered to take the job. Back then it was more of a rote learning system. What they have now increasingly resembles the Western system.

“Before we had this program, we had some guidance from other NATO countries like Turkey,” said Col. Raizi Ismailov, the senior member of this year’s delegation. “Now we try to align our teaching methods with the American system.”

In turn, Colonel Arif Hasanov stressed the importance of such meetings of exchanging experiences in the field of military education.