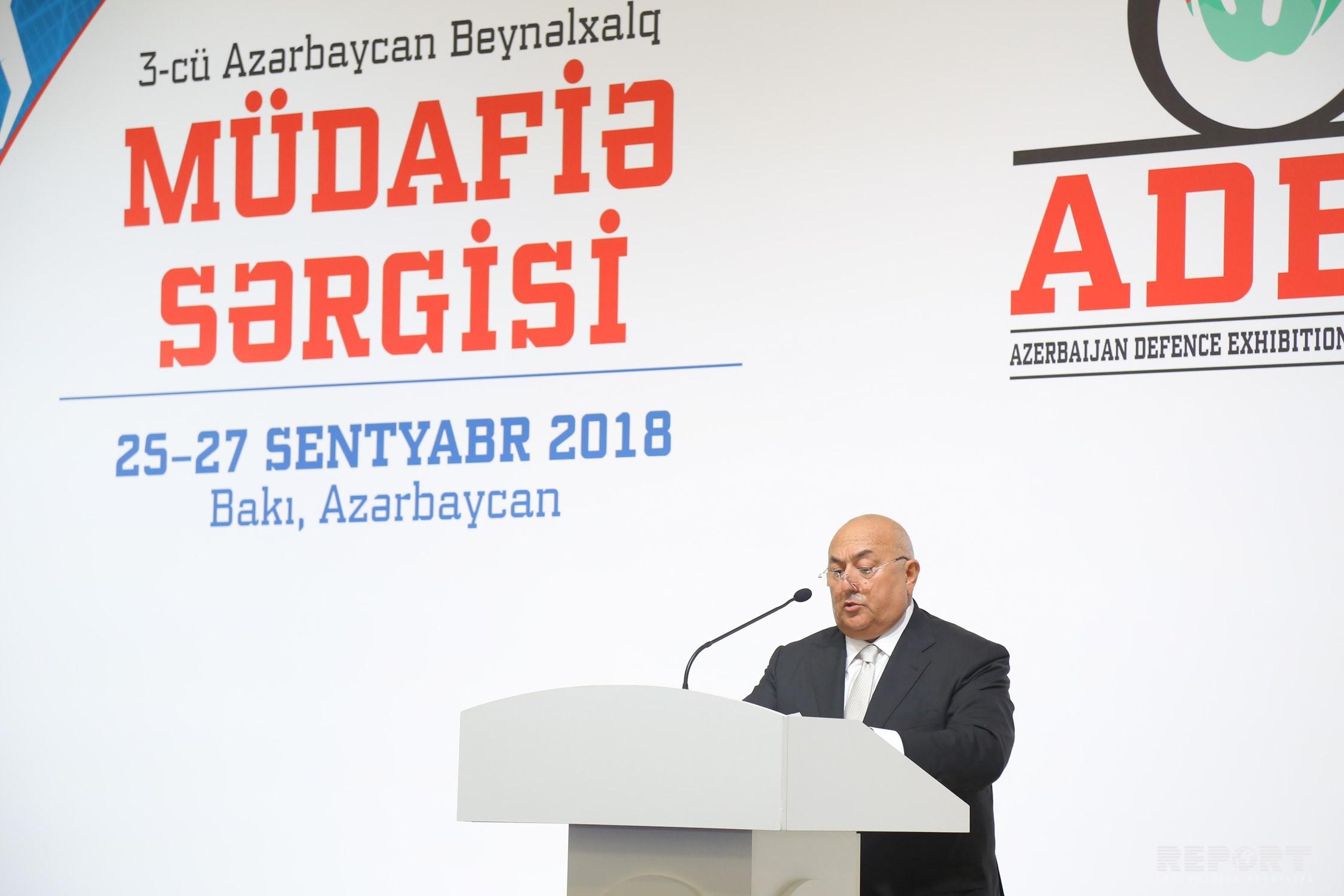 Baku. 25 September. REPORT.AZ/ "The creation of the Ministry of Defense Industry in Azerbaijan has contributed to the strengthening of the defense power of our country," Deputy Minister of Defence Industry Yahya Musayev said at the opening of the 3rd Azerbaijan International Defense Exhibition ADEX-2018.

The deputy minister noted that Azerbaijan's military power is growing steadily: “From the point of view of professionalism, security and combat capability, our Armed Forces have become the most powerful army in the region. The solemn military parade timed to the 100th anniversary of the Armed Forces serves as a clear proof of this."

Musayev noted that the weapons produced by the ministry, along with the army of Azerbaijan, were used by the armies of a number of foreign countries.