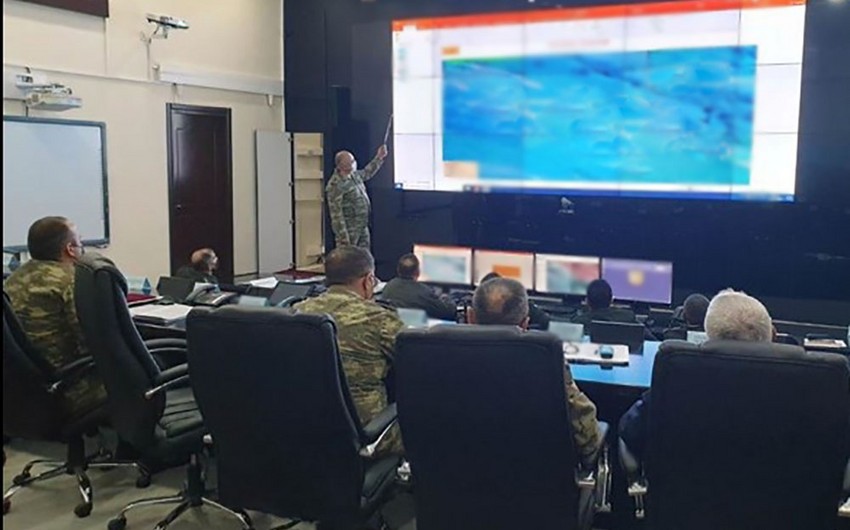 The Command and Control Center has started to operate in order to ensure the stable control of the forces and equipment directly subordinated to the Land Forces Command, interoperability with other types of troops, analysis of information received from troops and headquarters and its submission to the higher command, Report informs, referring to Defense Ministry.

The Center, which interacts with the Central Command Post of the Ministry of Defense, hosted a briefing on the events that took place during the day in the military units of the Land Forces Command, as well as in the border areas. Reports of commanders were heard as well.

It was noted that the operational conditions in each direction are constantly controlled by means of optical-electronic surveillance, interoperability with the forces and equipment of the types of troops is carried out without interruption.