Azerbaijani Defense Minister: 'Our responsibility is to liberate each inch of our lands from occupation'

Azerbaijani Defense Minister: 'Our responsibility is to liberate each inch of our lands from occupation' Zakir Hasanov: 'Now army has been supplied with advanced weapons' 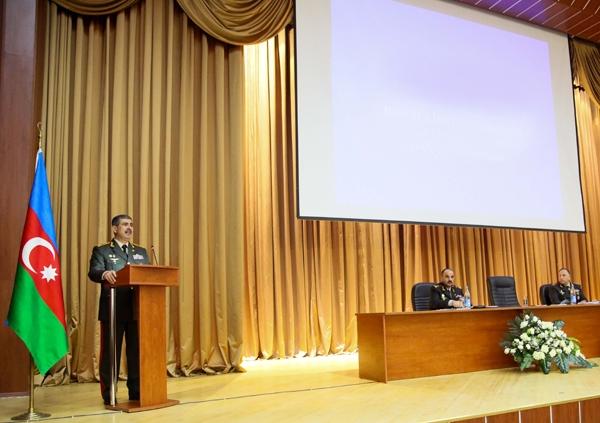 Baku. 2 December.REPORT.AZ/ 'Our responsibility is to justify high confidence properly to liberate each inch of our lands from occupation.'

In the event held with participation of officer and student staff of Lyceum, teaching staff as well as representatives of organizations on special-purpose educational institutions, firstly, national leader Heydar Aliyev and victims for territorial integrity of Azerbaijan remembered with a minute of silence. State anthem played.

Defense Minister, Colonel-General Zakir Hasanov made a speech at the event and expressed his gratitude for meeting with personnel of the Military Lyceum, graduated by him and emphasized special role of the institution in army building process in our country.

Minister recommended students to take example from national leader Heydar Aliyev's heritage and spoke about attention and care by Azerbaijani people and state, personally by President, Supreme Commander of the Armed Forces Ilham Aliyev towards development of army in recent years and stated that military units are established in modern level, new weapons and military techniques purchased.

At the end of his speech, Defense Minister wished success to students in their education and discipline and said confidently that they will continue historical heroic traditions of our nation decently.

In the meeting, Defense Minister issued presents to a group of students distinguishing in education and discipline. 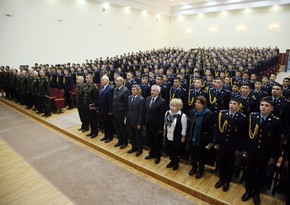 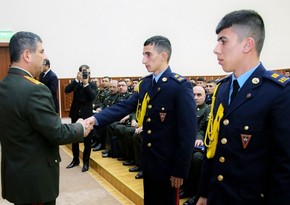