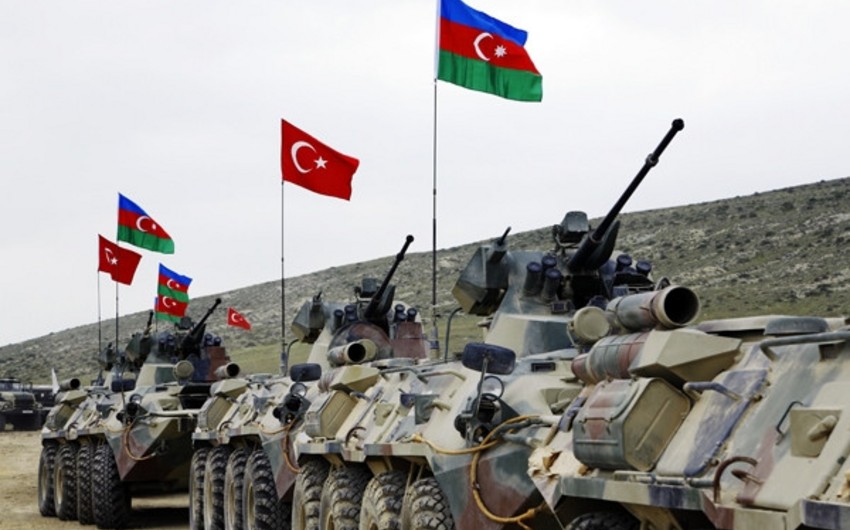 Baku. 2 June. REPORT.AZ/ According to the agreement on military cooperation between the Republic of Azerbaijan and the Republic of Turkey, exercises with participation of the Armed Forces of the two countries began in the city of Kars.

The commander of Detached Combined Arms Army, Lieutenant-General Karam Mustafayev and the commander of the Third Army of the Republic of Turkey, Army General Ismail Serdar Savaş are taking part in the exercise.

At the same time, the representatives of the Georgian Armed Forces are involved to the exercises as observers for the first time.

The main purpose of live-fire tactical exercises conducted with the involvement of personnel with more than 1200 servicemen is the development of the relationship between the Armed Forces with conducting an exchange of experience, verification of joint planned activities in headquarters, to achieve coherence of military units to increase their level of preparedness and operations skills.