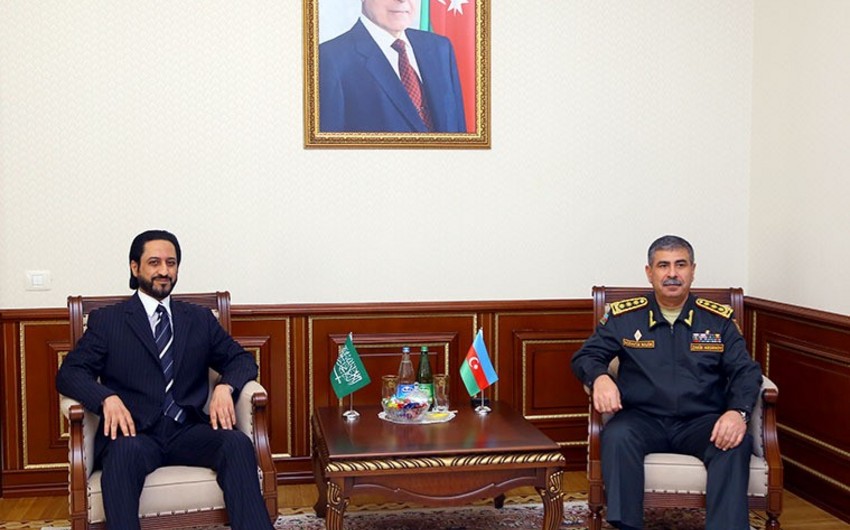 Baku. 23 January. REPORT.AZ/ On January 23, the Minister of Defense of the Republic of Azerbaijan, Colonel General has met with the newly appointed Extraordinary and Plenipotentiary Ambassador of the Kingdom of Saudi Arabia Hamad bin Abdullah bin Saud bin Khudair.

Report informs citing the press service of the Defense Ministry that the Minister congratulated the diplomat on his new appointment and emphasized the friendly relations between the heads of state, who play an essential role in expanding ties between Azerbaijan and Saudi Arabia.

The Ambassador, in turn, noted that Saudi Arabia considers Azerbaijan as a friendly and fraternal state, and also attaches great importance to military cooperation between our countries.
The diplomat said that Saudi Arabia strongly condemns the aggressive policy of Armenia against our country and is always close to Azerbaijan in its legitimate cause.

The Ambassador noted that over the period of activity in our country, he would make every effort to strengthen relations between Azerbaijan and Saudi Arabia.