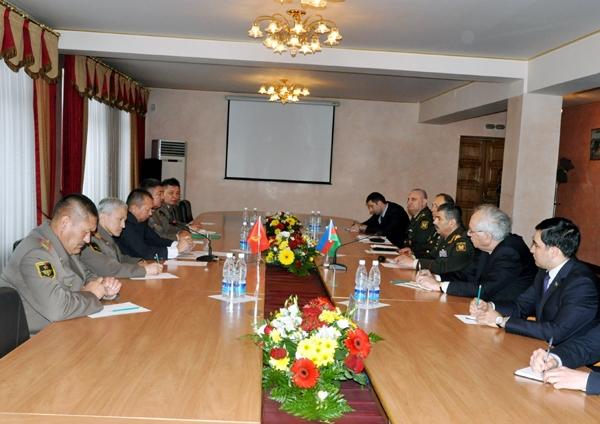 Baku. 1 June. REPORT.AZ/ Azerbaijani Defense Minister Colonel-General Zakir Hasanov who arrived in Bishkek, met with Kyrgyz counterpart Abibilla Kudaiberdiyev. Report was told in the press service of the Defense Ministry, the delegation led by Z.Hasanov visited the Eternal Flame memorial located in Victory Square in Bishkek on June 1 and laid a wreath.

The official welcoming ceremony for Z.Hasanov was held by Defense Minister of Kyrgyzstan Abibilla Kudaiberdiyev.

The importance of the talks and meetings between the two countries was stressed at the meeting attended by the delegations and special attention was paid to the issues on the development of military cooperation, exchange of experience and personnel training.

Then the delegation of the Azerbaijani Defense Ministry visited the combat training center of the Kyrgyz Armed Forces in Koy-Tash. The guests were presented briefing on the center's history, activities and its structure.

The visit will last up to June 2. 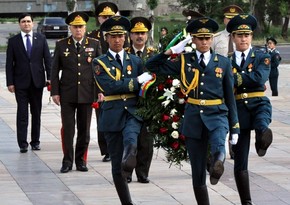 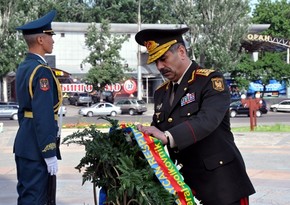 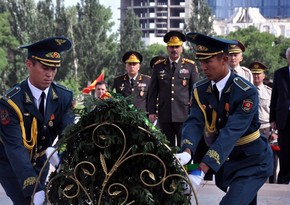 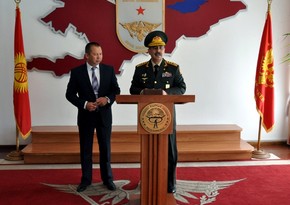 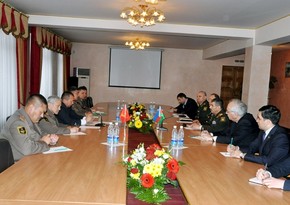 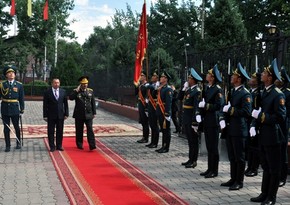