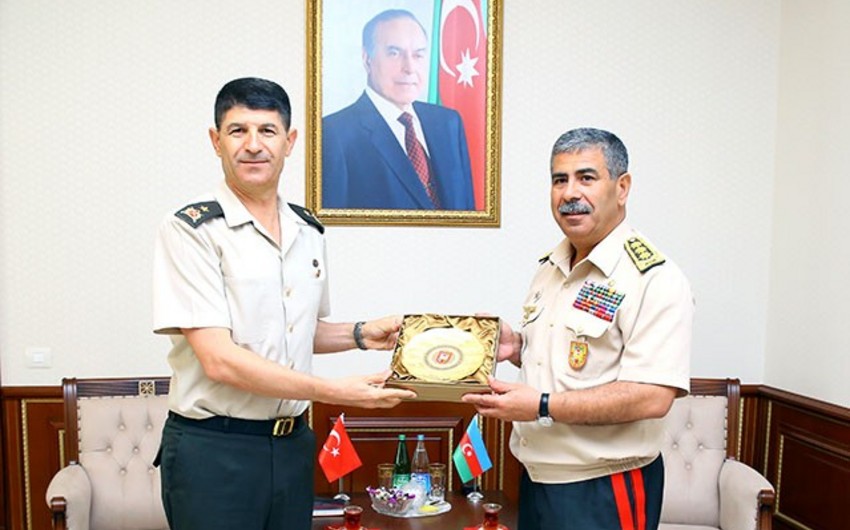 Baku. 1 September 2018. REPORT.AZ/ The Minister of Defense of the Republic of Azerbaijan, Colonel General Zakir Hasanov has met with the military attaché of the Turkish Armed Forces, Brigadier General Zafer Ocak, who is completing his activities in our country.

During the meeting, the sides expressed satisfaction with the high level of cooperation between the two countries in the military, military-technical and military-educational spheres, emphasized the importance of the settlement of the Armenia-Azerbaijan, Nagorno-Karabakh conflict for the region, and exchanged views on the prospects for the development of bilateral relations.

The Minister of Defense thanked the military attaché for the efforts he made in the sphere of expanding military ties between the two countries during the period of his activity in Azerbaijan and wished him further success.

The military attaché brigade general Z. Ocak having expressed gratitude for the warm welcome, stressed that he leaves our country with the best memories and will always remain a sincere friend of the Azerbaijani state, the people and the Armed Forces.