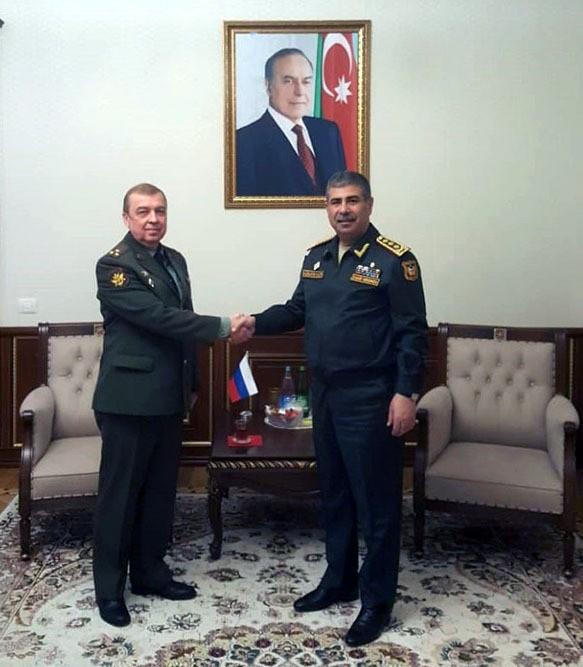 Baku. 15 February. REPORT.AZ/ On February 15, Minister of Defense of the Republic of Azerbaijan, Colonel General Zakir Hasanov has met with the military attache of the Armed Forces of the Russian Federation, Colonel Igor Lobastov, who is completing his activities in our country, Report informs citing the press service of the Ministry of Defense.

During the meeting, the sides expressed satisfaction with the level of cooperation between the two countries in the military, military-technical and military-educational spheres, exchanged views on the prospects for the development of bilateral relations, and also noted the importance of resolving the Armenia-Azerbaijan Nagorno-Karabakh conflict in ensuring security in the region.

In addition, the sides discussed the adopting into the armament of the Azerbaijan Army the Russian-made modern, high-precision combat equipment, weapons, and other military equipment, as well as the expansion and continuation of activities in this field on the basis of mutual agreement and consent of both states.

The sides also paid attention to the issues of conducting joint military exercises of the two countries, organizing mutual visits, working meetings, exchanging experience at the level of experts, training Azerbaijani cadets and specialists in military educational institutions of Russia.

Russian military attache expressed gratitude for the warm welcome and noted that he would continue to make every effort for deepening military relations between the two countries.