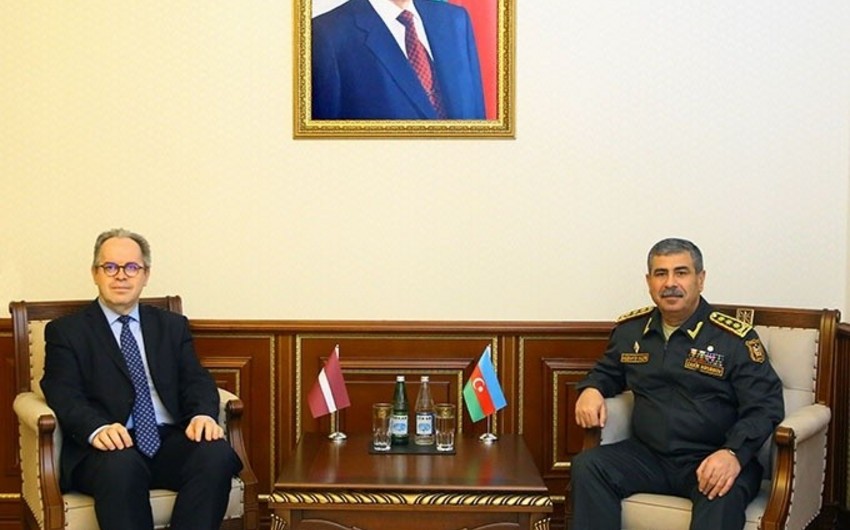 Report informs citing the Defense Ministry of Azerbaijan that the Minister of Defense congratulated the Ambassador on the commencement of diplomatic activities in our country and wished him success in expanding cooperation between Azerbaijan and Latvia.

During the meeting that discussed issues of expanding military relations between Azerbaijan and Latvia, an exchange of views was held on the military-political situation in the region, problems of international and regional security, as well as prospects for the development of cooperation.

Noting the importance of bilateral relations in the defense sector, Colonel General Z. Hasanov praised the current state of cooperation between Azerbaijan and Latvia in the military and military-educational fields.

In turn, Ambassador D. Garančs, expressing satisfaction with the level of relations between the two countries, emphasized that, along with other areas, cooperation between Latvia and Azerbaijan is also successfully developing both within the framework of NATO programs and on a bilateral basis.

During the meeting, the parties discussed a number of issues of mutual interest in the field of defense and security.