Azerbaijan Armed Forces to hold large-scale exercises Exercises will involve up to 15,000 military personnel, more than 150 tanks and armoured vehicles, up to 120 missiles 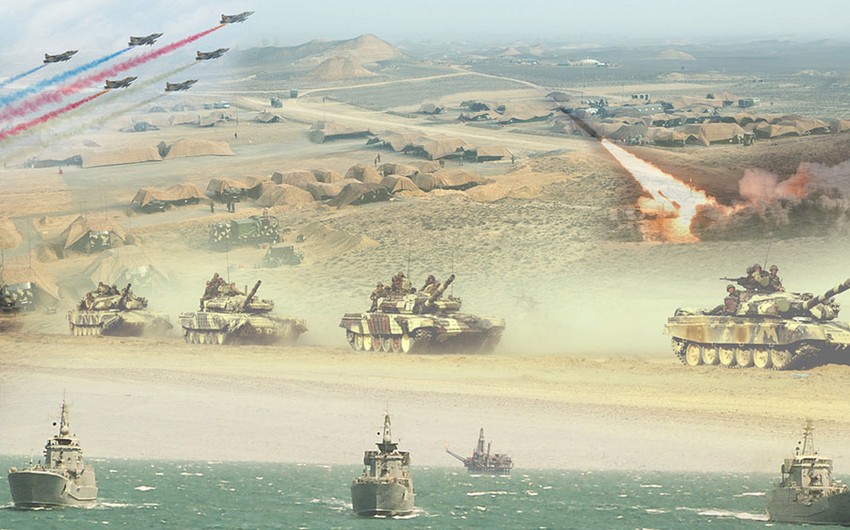 Baku. 16 September. REPORT.AZ/ In accordance with the plan approved by the President of the Republic of Azerbaijan, Supreme Commander-in-Chief of the Armed Forces Mr. Ilham Aliyev, large-scale exercises with participation of various military branches of Armed Forces will start on September 18.

The exercises will involve up to 15,000 military personnel, more than 150 tanks and armoured vehicles, up to 120 missiles and artillery systems of different calibres, multiple launch rocket systems and mortars, 20 combat aircrafts for various purposes, as well as new types of electronic warfare assets and unmanned aerial vehicles.
The troops will practically improve their skills in organizing and developing various methods of conducting a modern combined-arms operation throughout the exercises to be held in difficult conditions of mountain relief, electronic warfare environment, and also other characteristic features determined by the concept of these exercises.
Live-fire, including using new weapons systems, is planned to be conducted at various training grounds in the course of the respective stages of the exercises.
The exercises will last until the September 22nd.