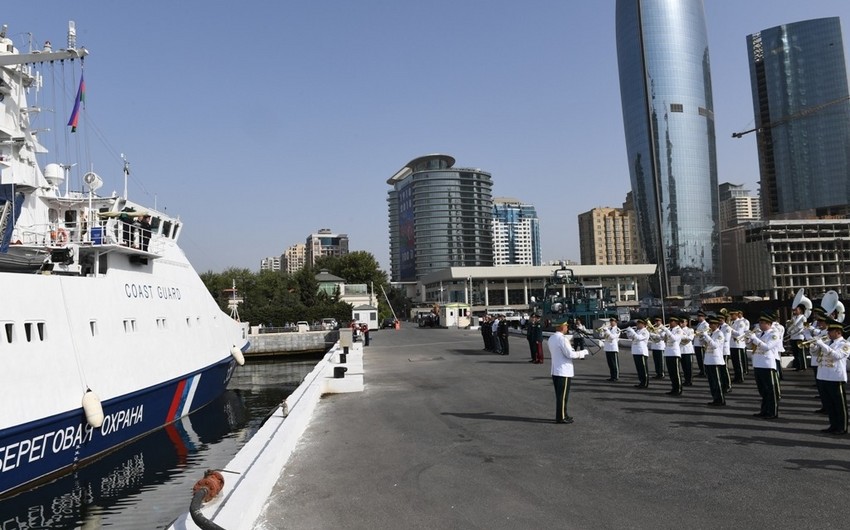 Baku. 19 September. REPORT.AZ/ Border guard ship “Brilliant” led by the Chief of the Border Department on Dagestan Republic of the Federal Security Service of the Russian Federation, Lieutenant General Buyerov paid a friendly visit to the Baku port. The State Border Service told Report that during the visit a meeting was held between the sides, exchange of views took place on the state and prospects of bilateral relations. Issues related to border security and protection of biological resources in the Caspian Sea, expansion of cooperation in combatting illegal activities and continuation of exchange of experience were discussed.

Russian "Brilliant" Border Guard ship together with ships and boats of the State Border Service held a joint border exercise on “Protecting of Biological Resources of the Caspian Sea, Illegal Migration, Arms, Explosives and combating smuggling of other goods prohibited for import and export in the country”.

Such elements as detecting illegal activities, persecution and detention, development of joint actions, information exchange were performed during the exercises.

During the visit, representatives of the Coastal Guard of Azerbaijan and Russia held a friendly football match at the Sarhadchi Sport Olympic Center and mutual inspections were held on the border guard ships.

Within the framework of cultural events the guests visited the Heydar Aliyev Center as well as cultural and historical monuments of Baku, including "Icherisheher", "Ateshgah" and "Maiden Tower".

The visit was held in a friendly atmosphere.