Aircrafts and helicopters of Air Force held next flights in Baku 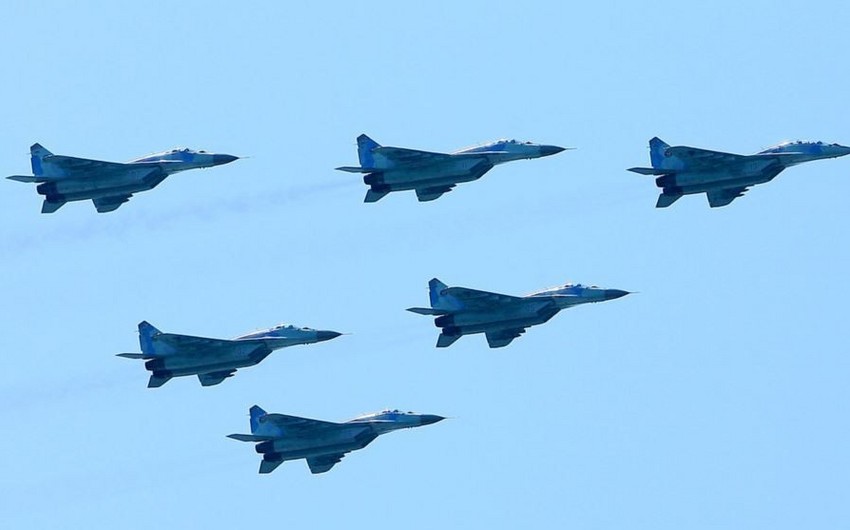 Baku. 25 June. REPORT.AZ/ Aircrafts of the Air Force has carried out flights over the city of Baku to prepare for the celebration of the 100th anniversary of the Azerbaijani Armed Forces.

Report informs, military aircrafts have carried out complicated air showings to be demonstrated at the parade.

The flights were mostly on "Azadlig" square where the parade will be held.

A parade will be held in Baku on June 26 on the occasion of the 100th anniversary of the establishment of the Azerbaijani Armed Forces.