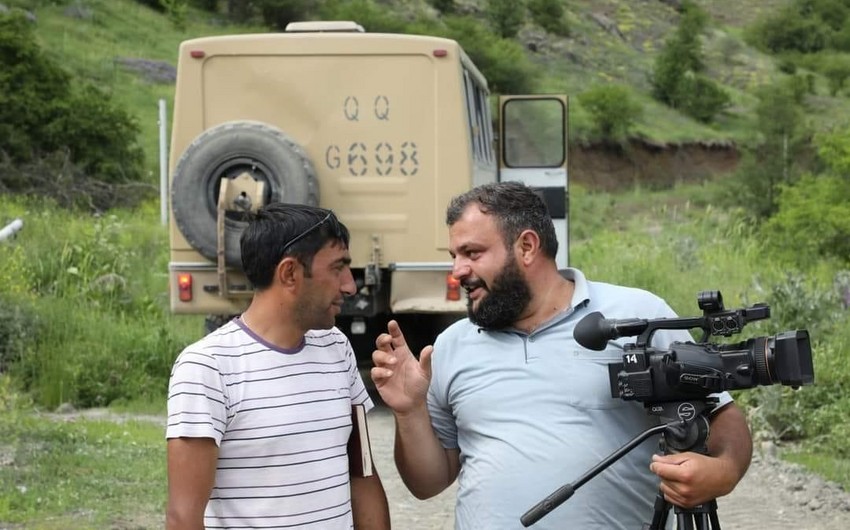 Reporters Without Borders has released a list of journalists killed in 2021 while on duty, Report informs.

The organization has prepared a report in connection with media representatives killed in the world this year.

The list includes the names of a journalist of the Azerbaijan State News Agency AZERTAC, Maharram Ibrahimov, and the operator of the AzTV channel, Siraj Abishov, who were blown up on June 4, 2021, by an anti-tank mine, planted by Armenian terrorists in Susuzlug village of Kalbajar District.

According to the report, 38 journalists from 20 world countries have been killed in the line of duty this year.

Maharram Ibrahimov was born on April 16, 1982, in Ardanish village of Krasnoselsk region (Chambarak region of Goycha), Armenia. In 1989, he went to the first grade of the Ardanysh secondary school. In 1999, he graduated from Baku’s secondary school No. 100, and in the same year entered the faculty of journalism of the Higher Public-Political College. In 2003, he graduated from the college, and on July 15, he was called up for active military service by the Binagadi District Military Commissariat. On July 15, 2004, he completed active military service in the Interior Troops of the Interior Ministry.

From September 1, 2004, he worked as a correspondent of the Azerbaijan State News Agency (now AZERTAC), from January 16, 2007 - as a leading correspondent.

On June 4, 2021, on his way to Susuzlug village of Kalbajar District, he died after being blown up by a landmine. The father of two children M. Ibrahimov was buried on June 5 next to his parents at the cemetery in the village of Mushfigabad, Absheron District.

By the order of Azerbaijani President Ilham Aliyev, dated June 14, Maharram Ibrahimov was awarded Order of Merit to the Fatherland, 3rd degree.

S. Abishov, who left one child, died after being blown up by a mine on June 4, 2021, on his way to Susuzlug village of Kalbajar District.

He was buried in the Martyrs' Alley in the city of Sumgayit.

By the order of Azerbaijani President Ilham Aliyev, dated June 14, Siraj Abishov was awarded Order of Merit to the Fatherland, 3rd degree.