President: Sargsyan's hands are in blood of innocent victims of Khojaly 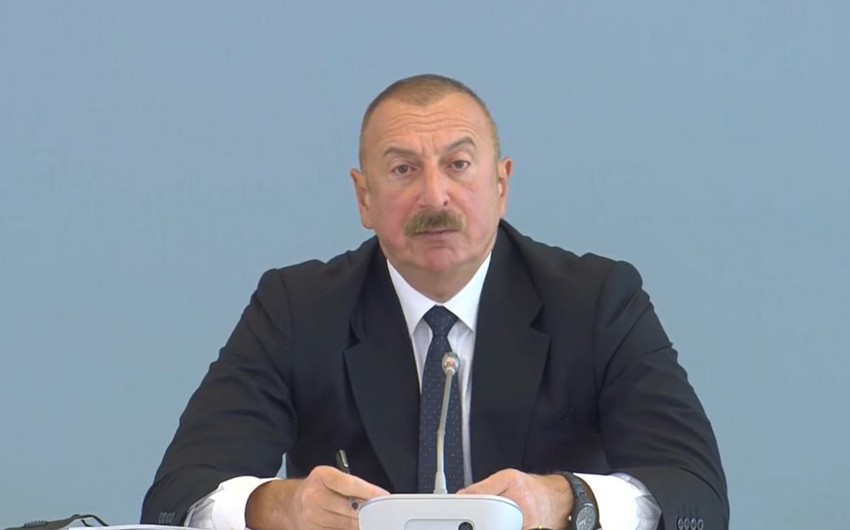 "War criminal Sargsyan, whose hands are in blood of innocent victims of Khojaly, was accusing Pashinyan that they did not hit the pipelines," Azerbaijani President Ilham Aliyev said addressing a conference entitled ‘New Vision for South Caucasus: Post-Conflict Development and Cooperation’ at ADA University on April 13, Report informs.

"Then former chief of staff of Armenian army Movsisyan, he said they used it (Iskander missile - ed.) and then we had a video footage of how they launched the Iskander missile. And then I gave instructions to search and we found it. And why we did not find it before? I don't know. Because it was snow in Shusha, after war it started snowing, and even when I was there in January-February, it was snowing. So, after the snow melted, it was found," the president said.

The head of state also noted that what happened after it was found is very strange.

"There has been a comment of the Armenian army chief of staff, he said he cannot comment on that. How should we understand it? Yes or no? Probably, yes. Because, if it was 'no', he would have said 'no, we did not,'" the president said.